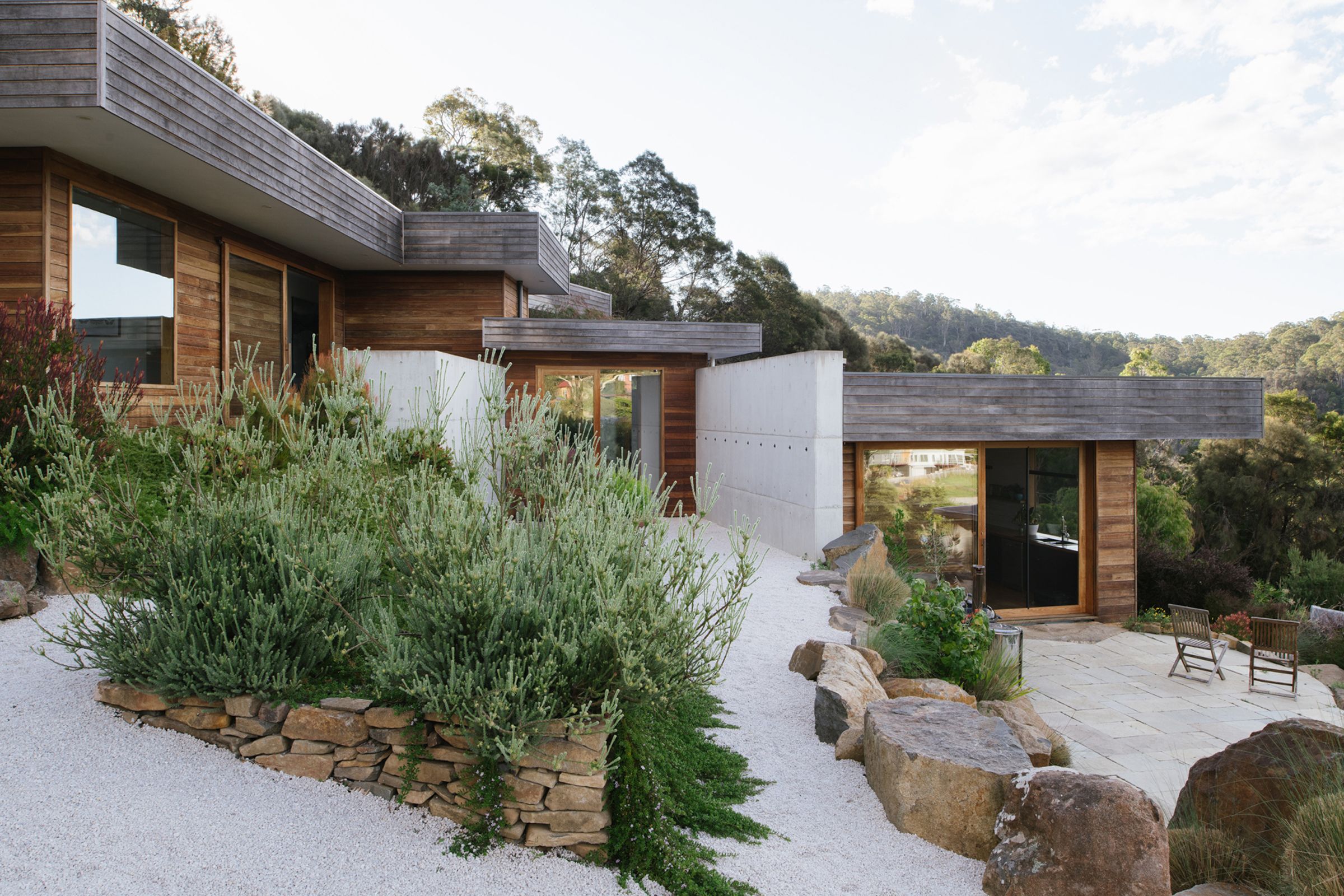 Inspired by its site, Cataract Gorge House sits overlooking the famed Gorge in Launceston and embraces the natural and enviable aspects it sits amongst. Plain Architecture navigate the challenging sloping site through a simplifying of form and through emphasising a contemporary connection to the landscape.

The steeply sloping terrain that encompasses Launceston and its surrounding areas creates both opportunistic views outward, while also conjuring a myriad of physical and engineering challenges for the resulting limitations to building. Home to founding partner and director of Plain Architecture, Clare Steen imagined the home for her family with a keen focus on connecting the building and its parts to the landscape in a series of meaningful ways. In response to the complexity of the site, the architecture sits linear on site and sees a series of rectangular pavilions traverse the slope, creating an eased transition. In its positioning, the home looks out over the same-named Cataract Gorge, offering a fully immersive opportunity to exist within such abounding natural offerings.

In response to the complexity of the site, the architecture sits linear on site and sees a series of rectangular pavilions traverse the slope, creating an eased transition.

Owner-built, Cataract Gorge House is imagined from a place of connection. Through simplifying the complexities of the site, the resulting form has its own sense of clarity and purpose, while its weighted elements anchor and burrow the home into the terrain. The surrounding immediate garden acts as an extension of an expressed passion for gardening and allows a curated and more formal arrangement to buffer the built elements of the home and the natural and untamed surrounding landscape of the Gorge. Oriented north, two narrow forms open to optimised views and natural light, both at differing heights on site. Connecting them is a stepped bridge element that sits hugging the site, both climbing and connecting across its many levels.

Integrated into the design of the home, is a sustainable heart. Respectfully living amongst its natural setting, the resulting home also aims to capture, store and utilise energy available on site. Its orientation and deep eaves allow for natural cooling and ventilation throughout, while still allowing natural light to enter and fill the home, during the day. Over its split four levels, the openings are designed to pull in natural air, and fill and cool the spaces as a result. The thermal mass of the uncovered concrete walls and floors then also captures the low-lying sun in winter, warming the home, ensuring that very rarely does the home need additional heating. The interior experience is also an expression of its inherent robustness and integrated resilience in such a setting, while the insertion of warming timber elements adds texture and brings in elements of the familiar.

The surrounding immediate garden acts as an extension of an expressed passion for gardening and allows a curated and more formal arrangement to buffer the built elements of the home and the natural and untamed surrounding landscape of the Gorge.

In its open embrace of its site, Cataract Gorge House becomes a responsive and intuitive remedy for living in such plentiful bushland. Plain Architecture have created a home to withstand an otherwise harsh environment, and instead through open and respectful gestures, have embraced the site, creating a sense of balance and calm. 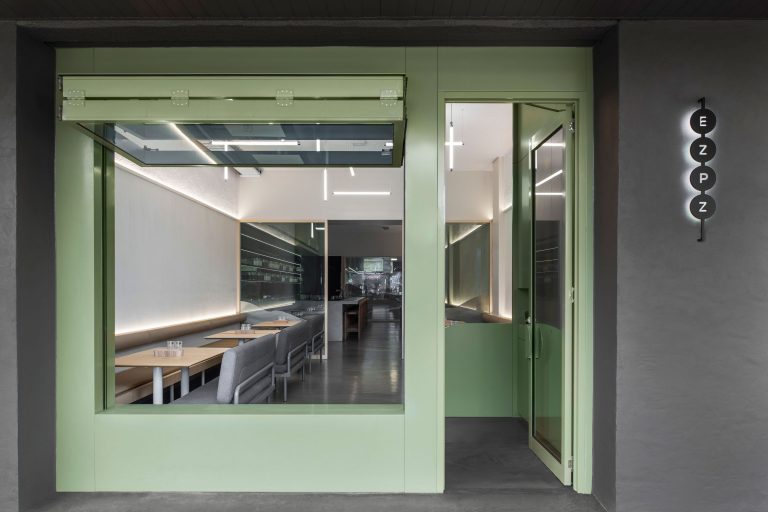 next
A Composed Response – Mt Coot-Tha House by Nielsen Jenkins 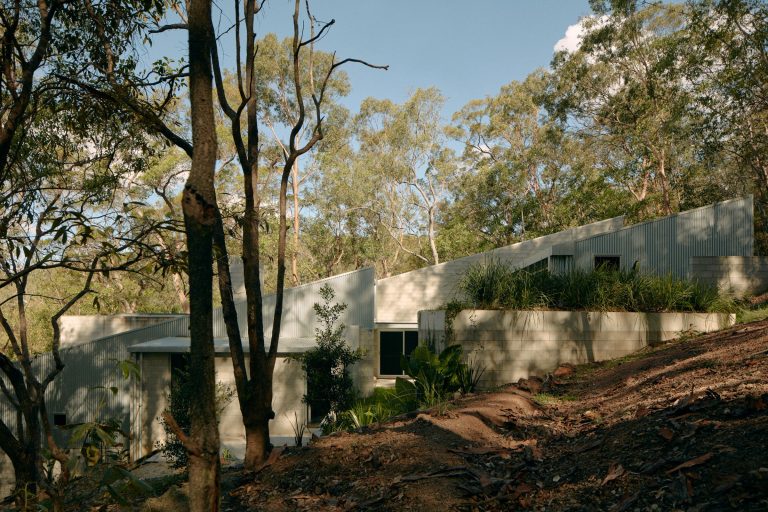 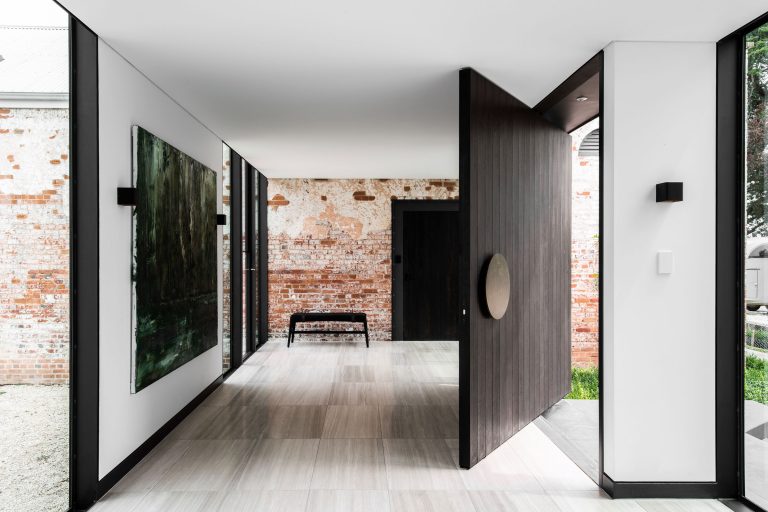 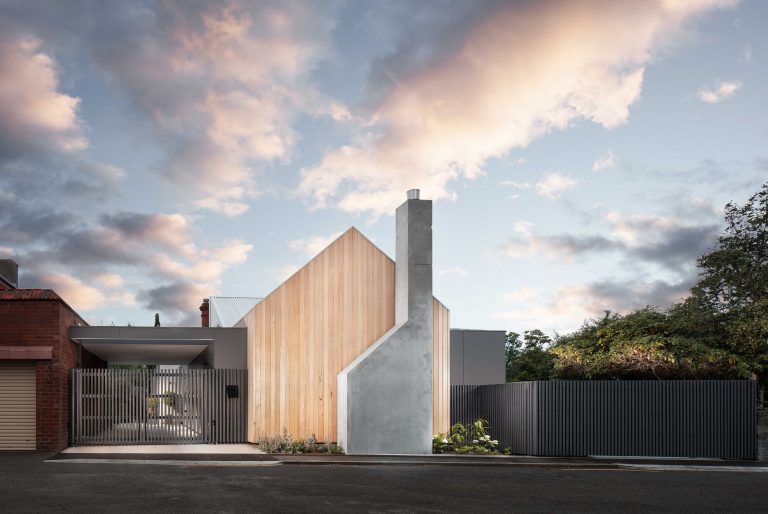 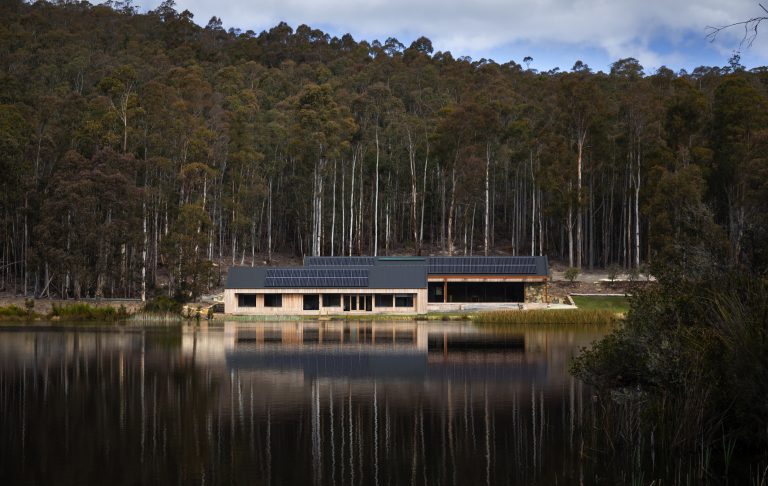 A Still Sensitivity – The Lake House by Biotope 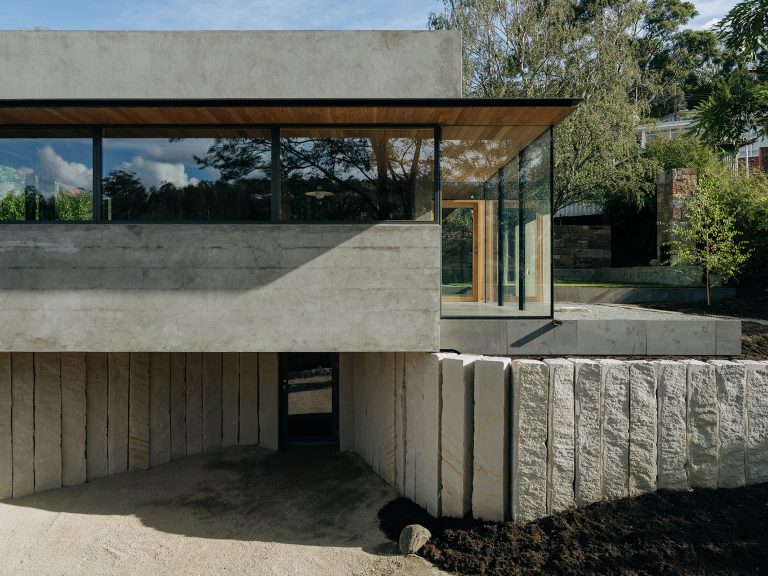 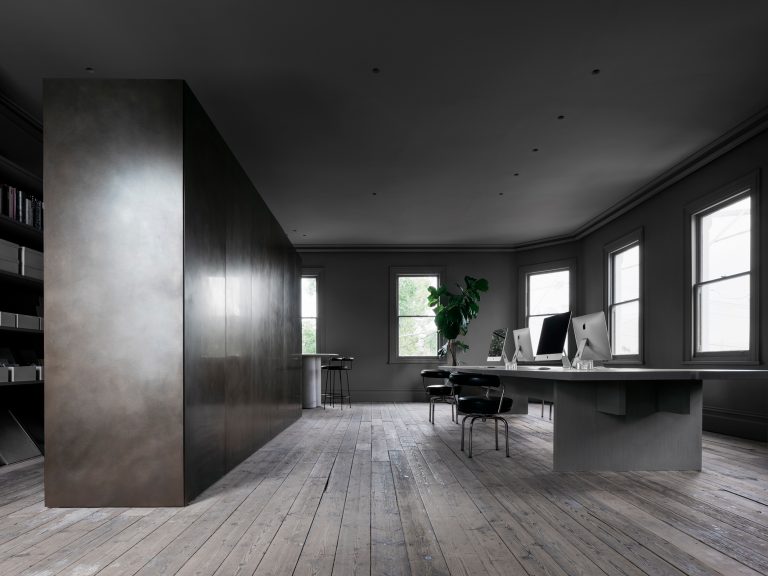 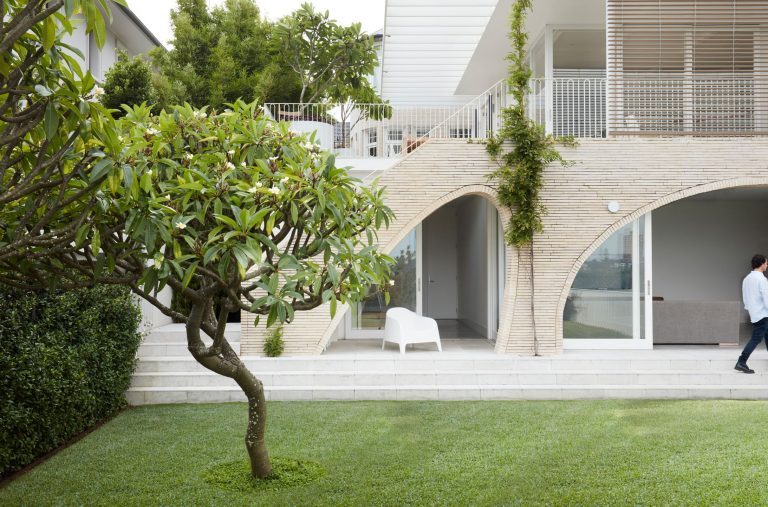