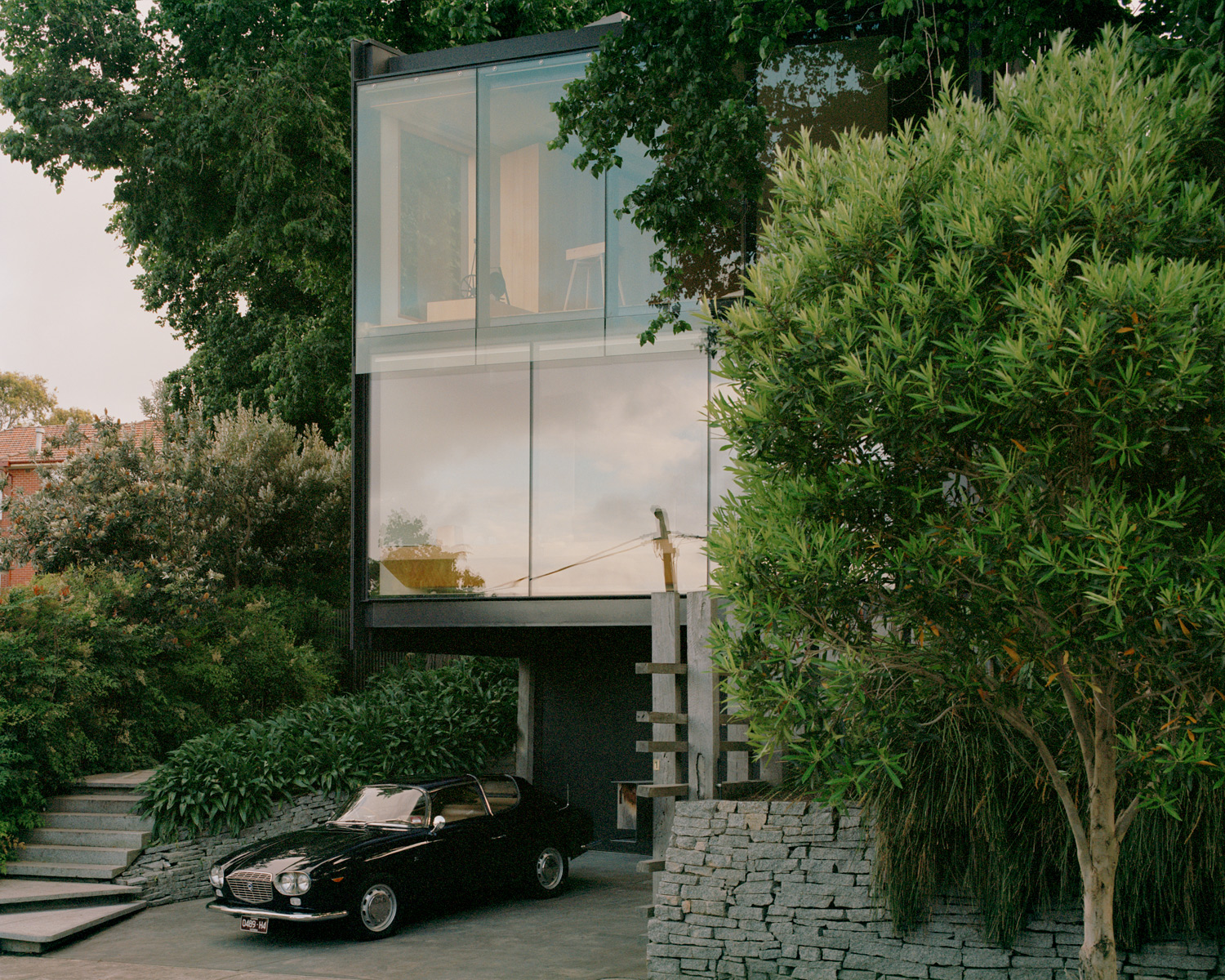 The Next Chapter – Kew Residence by John Wardle Architects

Words by Rose Onans
Architecture by John Wardle Architects
Photography by Gavin Green
Build by Overend Construction
Originally Featured in The Local Project Issue No. 5
Originally Featured in The Local Project Issue No. 5
Issue No. 5
Issue Nº5 of The Local Project print publication is the largest to date, with over 380 pages of local architecture and design. As well as new work from the likes of Kennedy Nolan, Edition Office, Tobias Partners, Adam Kane Architects and more, Issue 05 includes Gottlieb House, one of Wood Marsh Architecture’s first residential commissions, completed 30 years ago and unchanged to this day. Kew Residence by John Wardle Architects is also found in this issue. As the home John Wardle has occupied since 1990 and renovated three times, the project is a profound insight into the personal and professional history of one of Melbourne’s most lauded architects.
Order Now 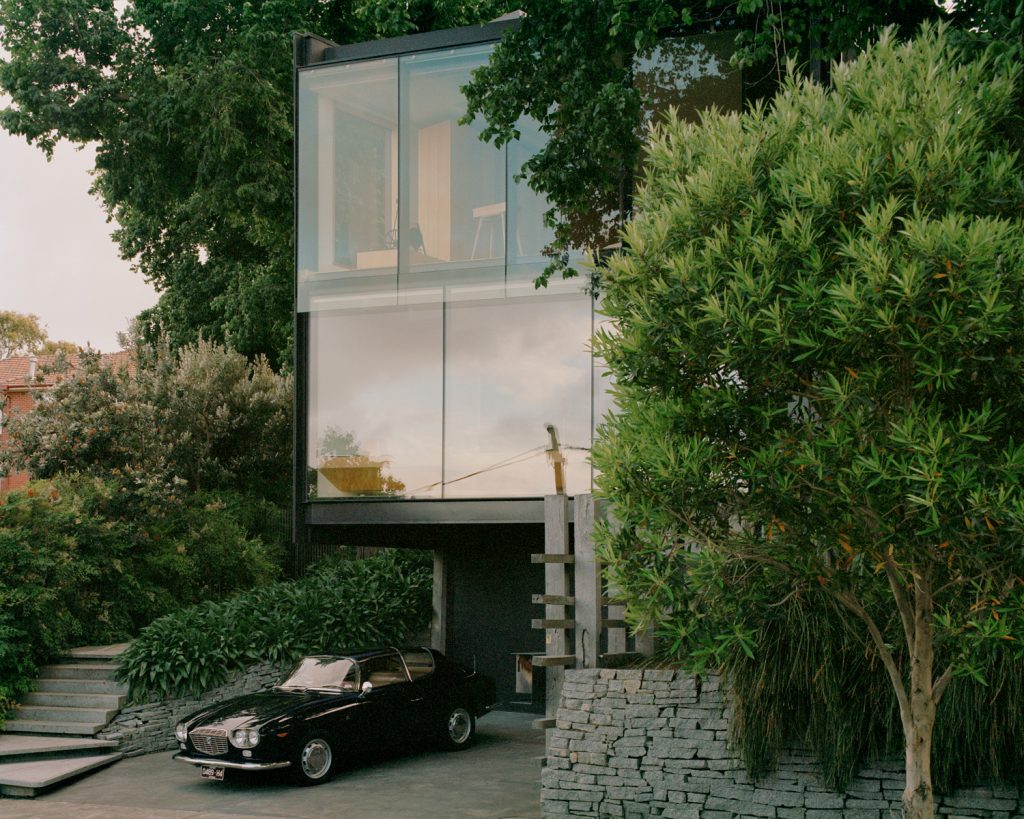 Narrative is intrinsic to John Wardle Architects’ work. The overarching historical, geographical and cultural narratives inherent in a place, a material, a craft; the more particular stories that lie behind a site; and those accumulated through the process of inhabitation or occupation – each is indelibly linked to the architecture’s physical qualities. Kew Residence, the home John Wardle has lived in with his family for 30 years and which has been recently renovated, represents a project in which each of these many layers is further interwoven with decades of lived experience.

Three significant elm trees that occupy the site, John speculates, represent key periods in its history. The oldest tree, a rugged Scottish elm, is presumed to have been planted at the time when the land was nothing more than the horse paddock and stables of the neighbouring Edwardian mansion. And the pair of smooth-barked Dutch elms near the road he believes grew in the 1950s, when the original house was built and the garden established. The newest iteration of the house is the fourth element that enters the equation; carefully situated between the trees, it signifies the next chapter.

“The house represents the entire life of our family,” John explains, recalling how he and his wife Susan first discovered the original home, designed by Melbourne architect Horace Tribe, when they drove past the site one day in 1990. While the building itself and its rambling garden first interested them, “we then immediately turned and looked behind us from an amazing vantage point to the views back across the Yarra to the city.” Though the house was unoccupied, it was not for sale. “We convinced the absent owner to sell it to us. It took quite a lot of maneuvering to get that to happen over a period of about nine months,” he says. They have lived there ever since, raising their children and completing three renovations in as many decades.

A termite infestation necessitated the first in 1993, another was completed in 1999. This recent and most extensive renovation was undertaken as “raising a family is often pretty brutal on a house,” John explains. “It seemed utterly exhausted and needed a massive amount of work.” One aspect of this was bringing the home up to modern standards, with double glazed windows, a solar system and improved insulation, another was to respond to the reduced occupation of the house now that the children have grown up and left home. John commandeered the former playroom with views of the city for his study, the kitchen and bathrooms were renovated, and he designed new joinery that is as much an extrusion of the architecture as it is an insertion into the spaces.

Kew Residence, the home John Wardle has lived in with his family for 30 years and which has been recently renovated, represents a project in which each of these many layers is further interwoven with decades of lived experience.

The changes are substantial but, above all, they are meaningful. Just as a narrative forms from a series of connected events, “when I look around the house, I see things that have linked from one to the next, ” John says. Connections – some abstract, some overt – are constantly created, between past and present, between garden and architecture, and between the building and the furniture, objects and art collected within.

The 1999 renovation sliced off the front of the original house and created a new wing. This has been entirely rebuilt, but the dramatic glazed front façade still evidences the inhabitants’ continued obsession with the view to the city. And the twin elms to the fore of the site that were part of what initially drew John and Susan to the home are responsible for the “rather irregular sway in the front of the house [that]is all about retaining of these two precious trees,” he says – a concern that had also informed the first incarnation of this front volume.

“The house represents the entire life of our family.”

Magnesia Quartzite
View Gallery
View Gallery
Everything, from the furniture to ceramic tiles by Tajimi Custom Tiles and the single species of timber that prevails throughout the home, has a story.

The journey from the street is undertaken via a path lined with Harcourt granite that John reclaimed from the former BHP building in the city. It draws one through the garden to the entry situated at the side of the house. That an experience of the garden must be had before setting foot in the home is a testament to its importance. Where the position of the elms defined the overall form of the building, the garden at large was responsible for the placement and proportion of the apertures. “It is very much a house placed within a landscape, ”John says. “At each phase in the development of the house, the idea of creating these new apertures and vantage points out into the garden [was central].”

Moving inside, two materials predominate throughout the interior: Victorian ash and Japanese ceramic tiles, each with its own significance. The Victorian ash that lines the majority of the spaces continues the timber that was used for the flooring of the original 1951 house, a remnant of which still remains in the living area. “It’s a beautiful timber,” John says. “I’ve always felt as part of that appreciation of the earliest incarnation of the house we should just extend it constantly with that timber, so the floors, some of the wall claddings and ceilings, all of the furniture elements, are made out of that one species of eucalyptus.”

The tiles, meanwhile, that are found in the ensuite, powder room, bathroom and kitchen are representative of John’s passion for ceramics. His long association with Japanese manufacturer INAX began decades ago when he was introduced to the products via Australian distributor Artedomus, beginning a fruitful creative relationship that extends far beyond that most architects would have with even the most valued of suppliers. Not content to simply hear about the traditional processes by which INAX tiles are made, he undertook the journey to Tokoname, in Aichi prefecture, a town renowned for its ceramics, where many of the small family-owned factories are located, and the streets are paved with shards of ceramic sake bottles.

Over the years, he has worked closely with Artedomus and INAX artisans to create custom ceramics for key projects including Captain Kelly’s Cottage, the homestead on the Wardles’ farm on Bruny Island, and the Ian Potter Southbank Centre. For Kew Residence, he selected five highly unusual tiles, some of which had been out of production for decades. Such was the importance of these tiles that the proportions of each space were designed precisely to ensure that, beyond a small section meeting the upward rake of the ceiling, no tile needed to be cut.

John’s affinity with materials and crafts evidently extends beyond an aesthetic appreciation (although the intriguing tiles, detailed joinery and bespoke furniture throughout Kew Residence attest to their aesthetic pull). It is a deeper preoccupation with the history that lies behind the physical entity. “I’m always fascinated when looking at any kind of product in the backstories – the place it’s made, the era with which it was designed, the people who made it, what kind of technologies were employed, in all of those cultural aspects around the making of something so that that act of making, which is defining the world over, is embodied in often a single product,” he says.

Over the years, he has worked closely with Artedomus and INAX artisans to create custom ceramics for key projects.

Designing, making, collecting, collaborating – Kew Residence shows all to be rather like Russian nesting dolls, containing and being contained by each other. A key example is the moon jar by London based Korean ceramicist Akiko Hirari that John and Susan purchased in London and brought back with great effort to Melbourne. Much like how something as seemingly small as the dimensions of a tile was allowed to dictate something at the macro architectural scale such as the proportions of a room, this object informed the detailed design of the landing at the top of the stairs, where it is displayed. The “quite eccentric” steel structure that supports the jar, John explains, was custom-made by a local fabricator and not only presents the jar but supports the end of the stairs and adjacent cupboard that floats over the void, before it folds downwards to herald the entry below with a light fitting held over the front door.

Similarly, the joinery (which would surely groan beneath the assembled ceramics, books, sculpture, and glass were it not so exquisitely crafted) emblematises not only the importance of the collection it holds but also expresses the process by which the design was drawn and by tangible means which it is used. The shelf ends that turn up to create an edge capture the inflection of the hand that has drawn the design, while the vertical handles embody the gesture of a hand grasping, two narratives of designing and of using that bookend the finished product.

Everything here is interconnected, the house seems to say, everything tells a story. Some of these may be legible to the casual observer, others are known only to the family who have inhabited the house for 30 years or to the man who has designed three of its successive iterations, but each has a formative role to play.

Designing, making, collecting, collaborating – Kew Residence by John Wardle Architects shows all to be rather like Russian nesting dolls, containing and being contained by each other. 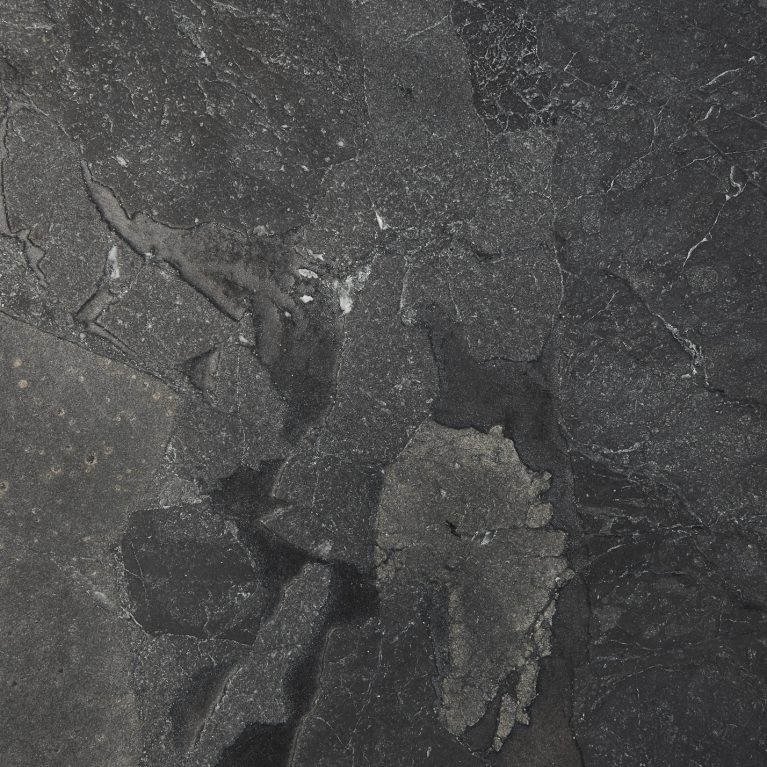 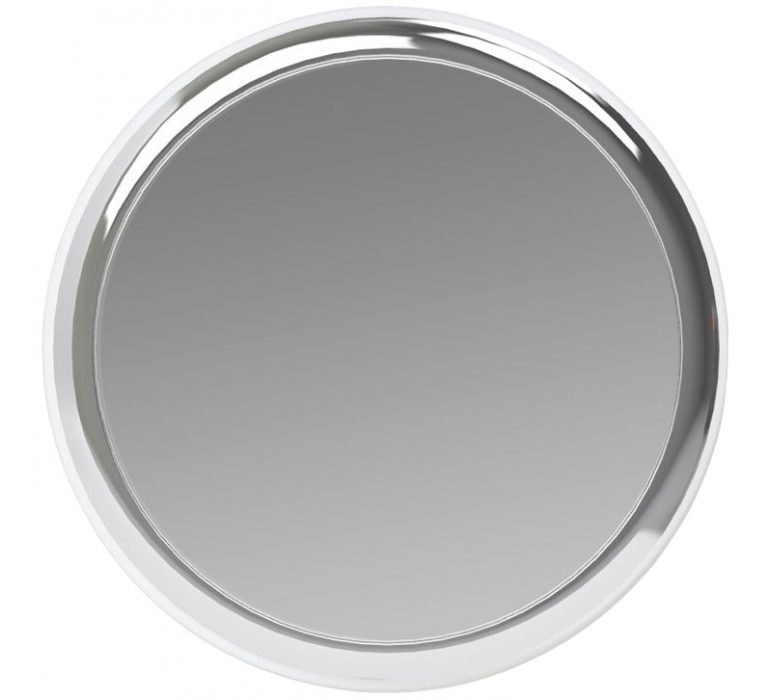 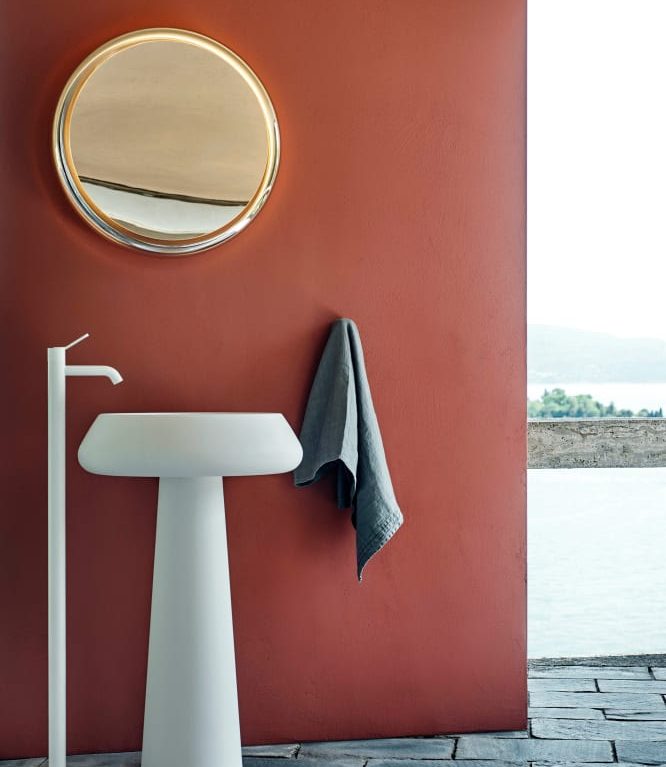 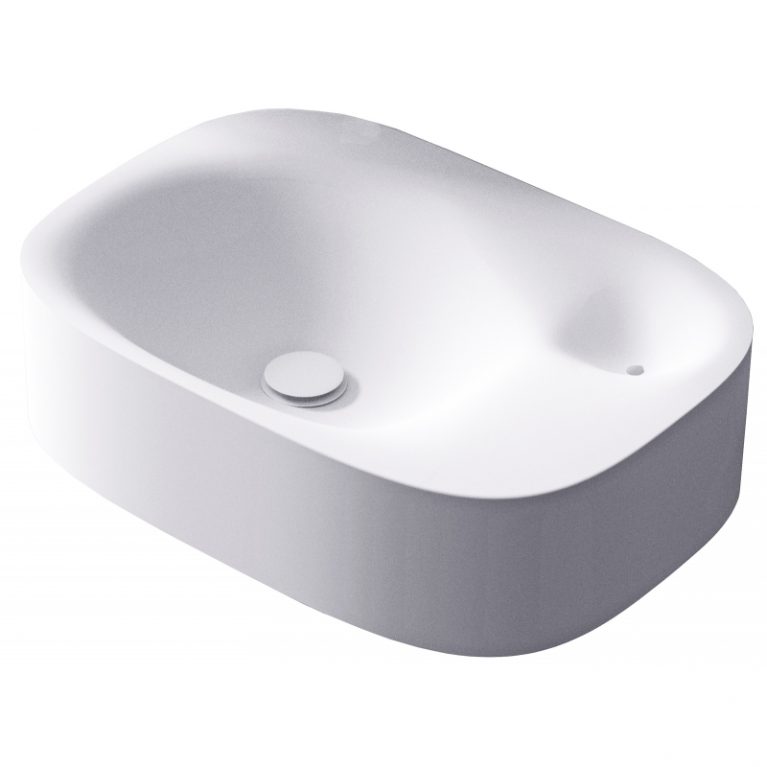 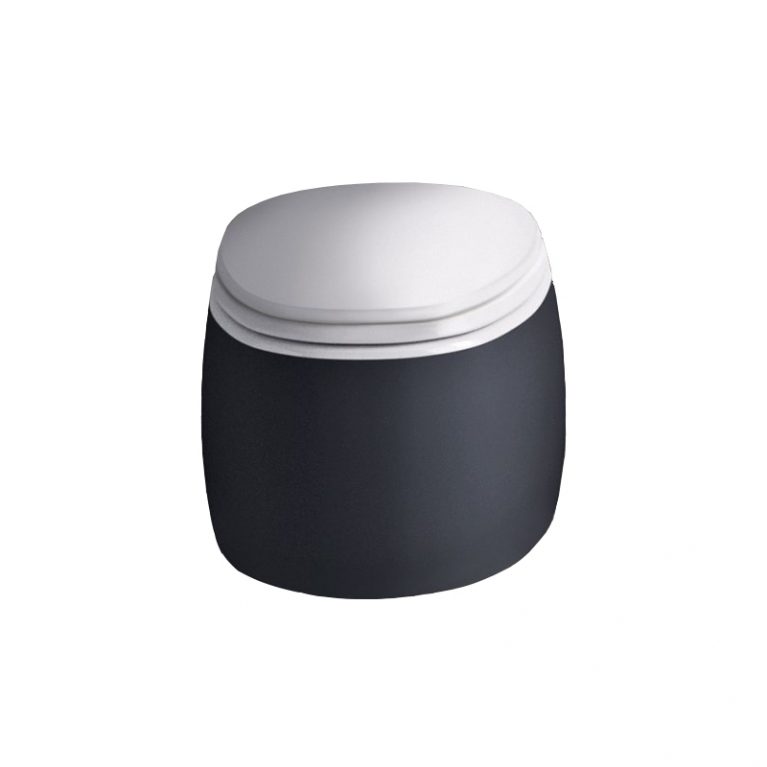 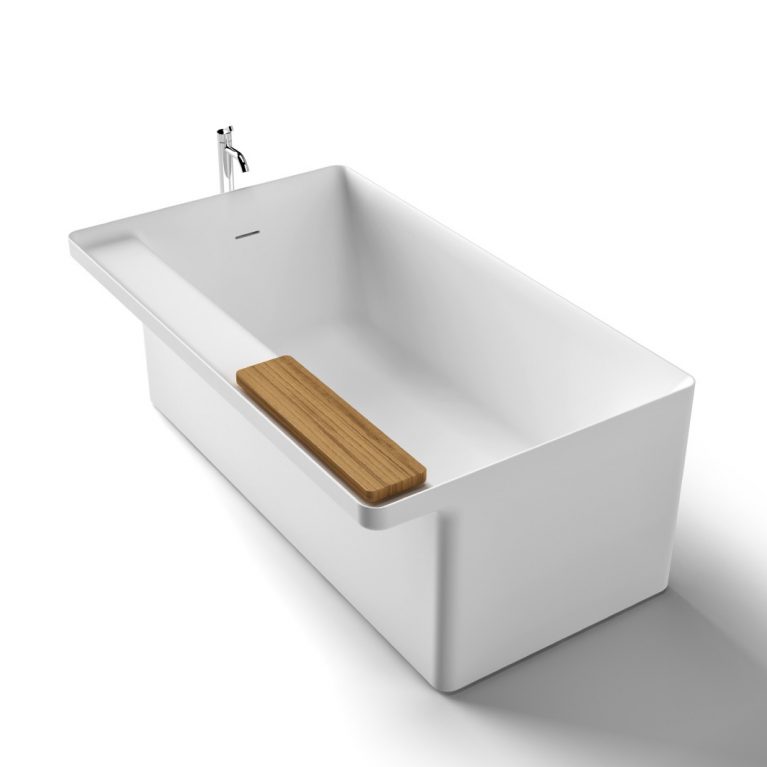 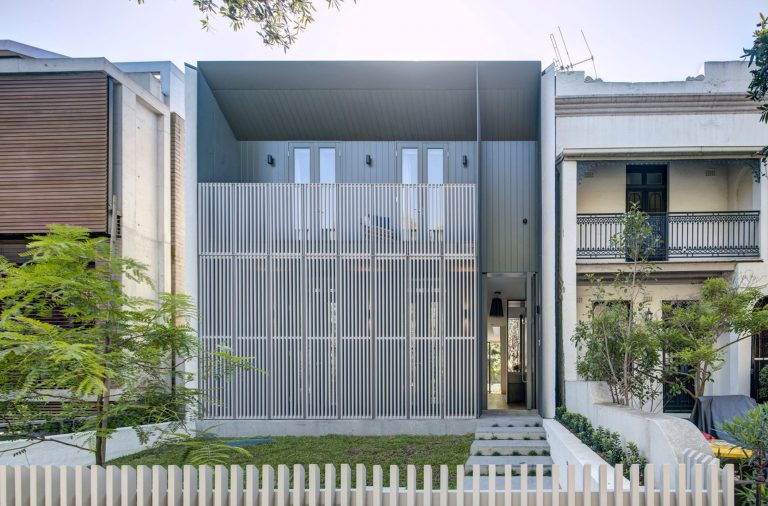 next
Connected to Place – Sandringham Skyhomes by Tecture and CBG Architects 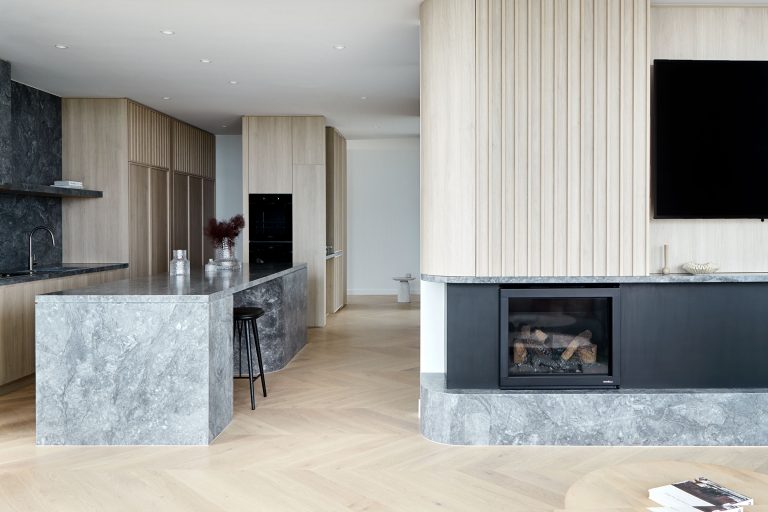 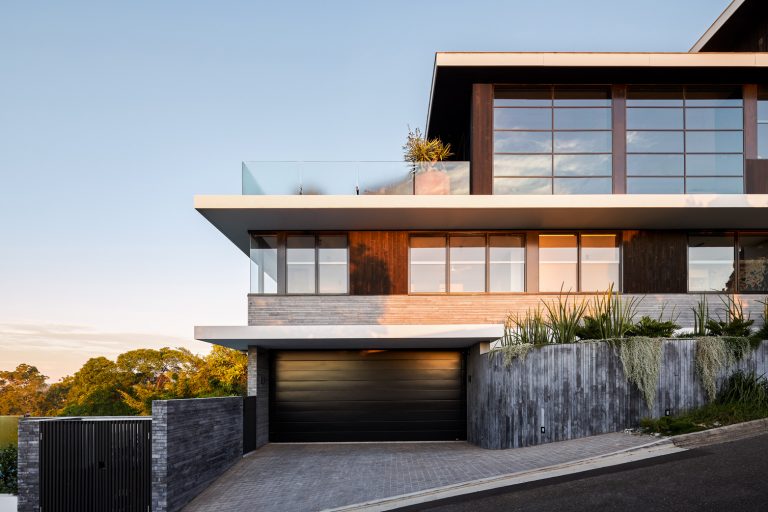 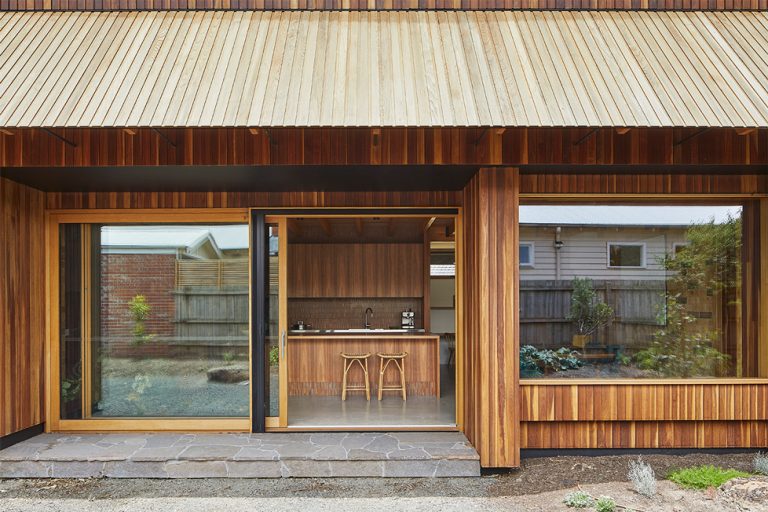 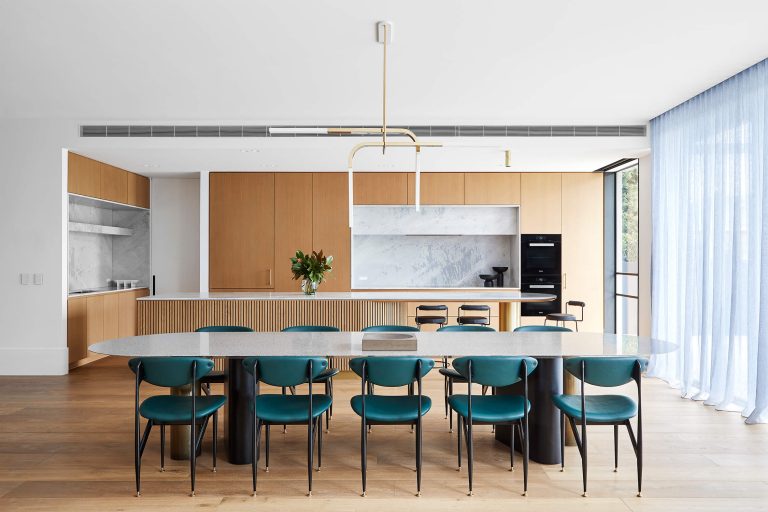 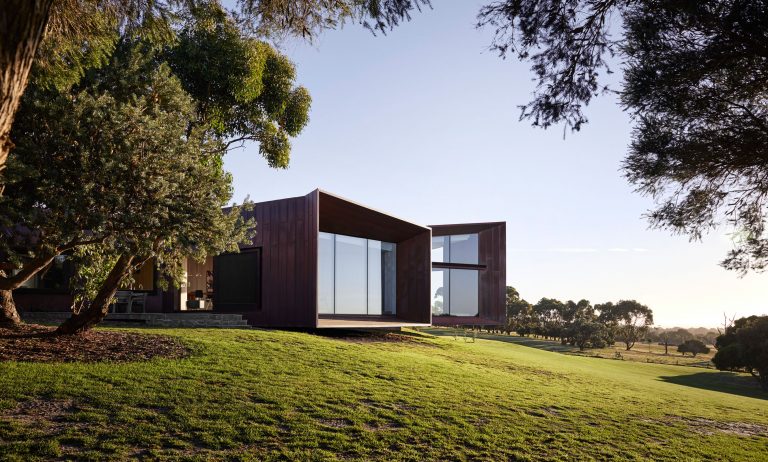 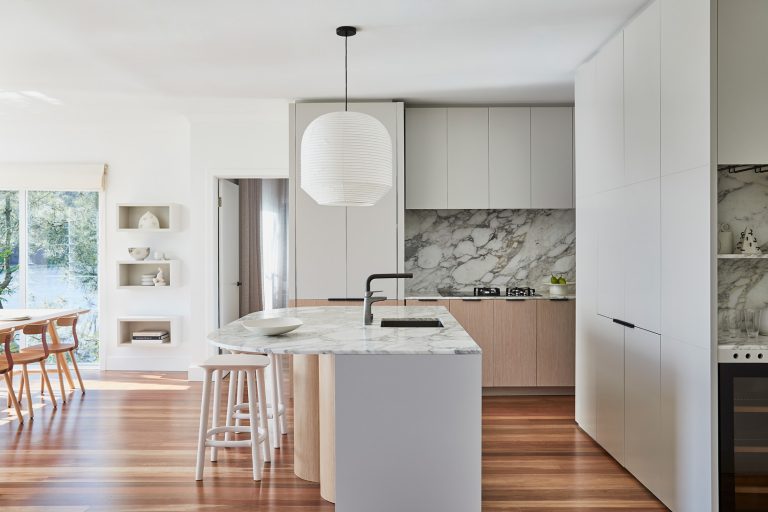 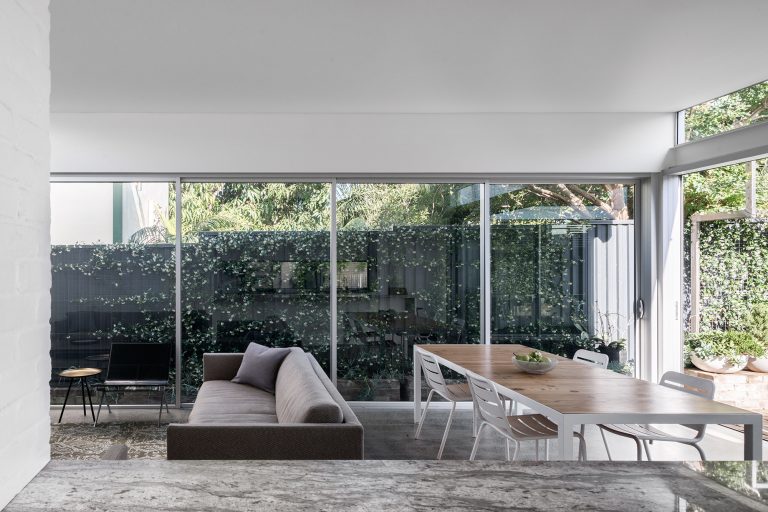