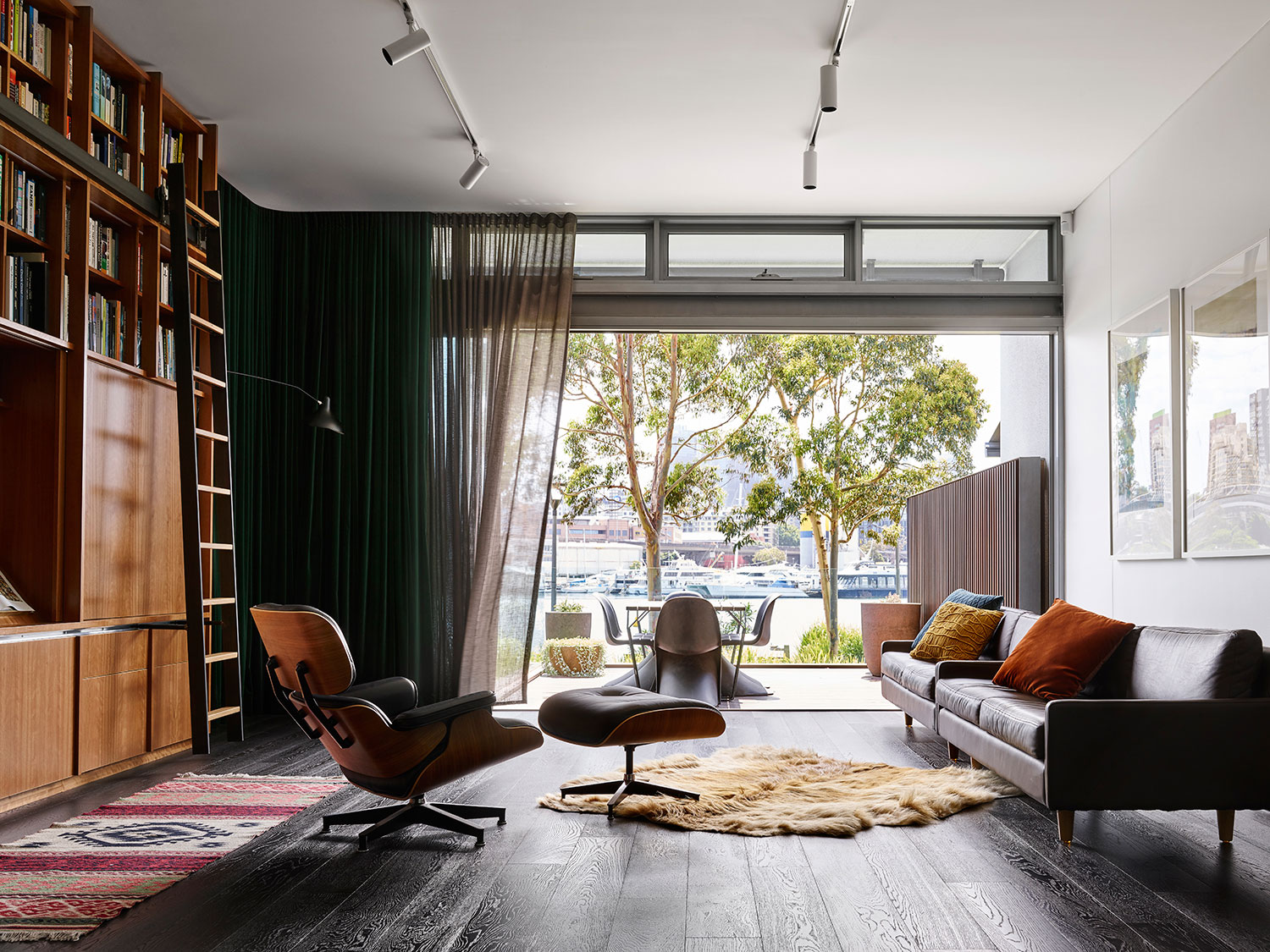 Located in Glebe, New South Wales, Blackwattle Bay Townhouse is named after the original black wattle trees that grow surrounding the bay on which the project is situated. SJB Architects originally designed the townhouse and the resulting extension by Sam Crawford architects involved the opening up of the original bones. The inspiration for this endeavour was drawn from the current inhabitants need for an expanded sense of living and connection.

View Gallery
View Gallery
The inspiration was drawn from the current inhabitants need for an expanded sense of living and connection.

The reconfiguring of the internal spaces involved extending the kitchen, bar and living space, and now accommodates the client’s growing collection of art, books and objects. Key to these interventions was allowing for additional natural light and providing greater access to generous views of the city and adjacent fish markets (which were also a foundation of the original design).

Built by SQ Projects, the extent of works was contained predominantly to the existing kitchen, dining, living areas and basement void. The kitchen saw an expansive transformation, with the addition of a vast island brass-topped bench becoming the iconic centrepiece for this space. The pantry was then integrated behind two large sliding doors, allowing for open access and full concealment.

The use of such considered materiality, and the option of transformative functionality, allows for this space to act as a preparation space, an entertaining bar area, and as the connecting conduit to the expanded living space. Meanwhile, the basement void space was converted into a new study and map-reading room (for the keen sailor client), where supplementary natural light was introduced along with an additional storage component.

Blackwattle Bay Townhouse is named after the original black wattle trees that grow surrounding the bay on which the project is situated.

View Gallery
View Gallery
The ensuing extension works within and expands beyond the original footprint, allowing for a more activated and outward-looking life

The work of architects and designers is generally centred around repurposing and reinterpreting a new story for the rollover of occupants within spaces and upon land. Few, however, achieve this with the same rigour and respect as that shown by Sam Crawford Architects. Blackwattle Bay Townhouse is located on the land of the Wangal and Gadigal Aboriginal Peoples, and acknowledging and working with these traditional owners is at the core of Sam Crawford Architects’ work. By recognising the site’s history, the project facilitates the respectful engagement of the land’s current users with the traditional owners.

Newly-opened up to light and views, the Blackwattle Bay Townhouse takes on a fresh identity. The result is a refreshing and considered home that reflects the character of its current custodians while engaging respectfully and deliberatively with not only its recent past, but the site’s pre-colonial history. 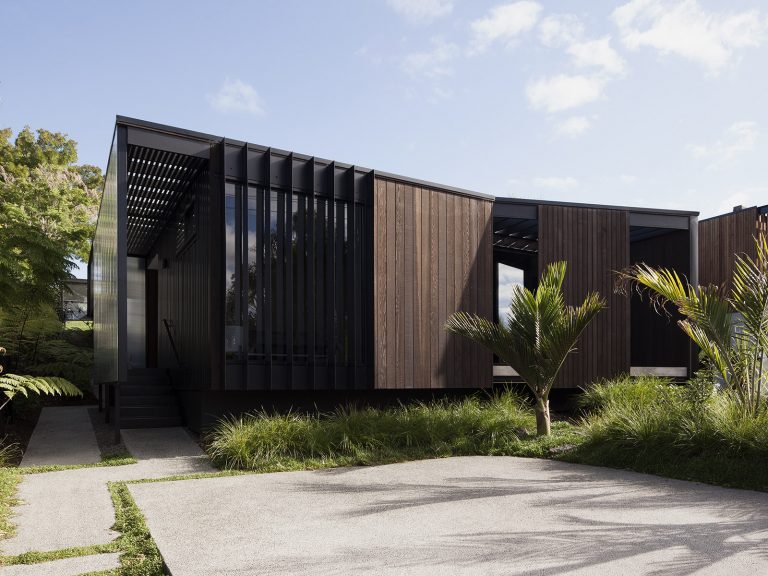 next
Embodying the Australian Summer – Blacksmith by The Stella Collective 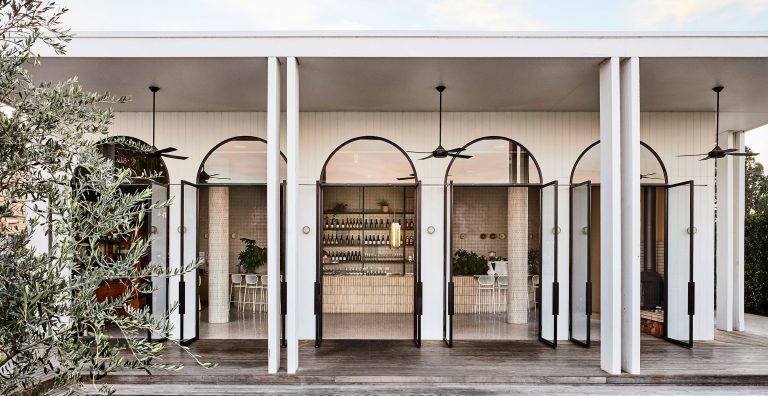 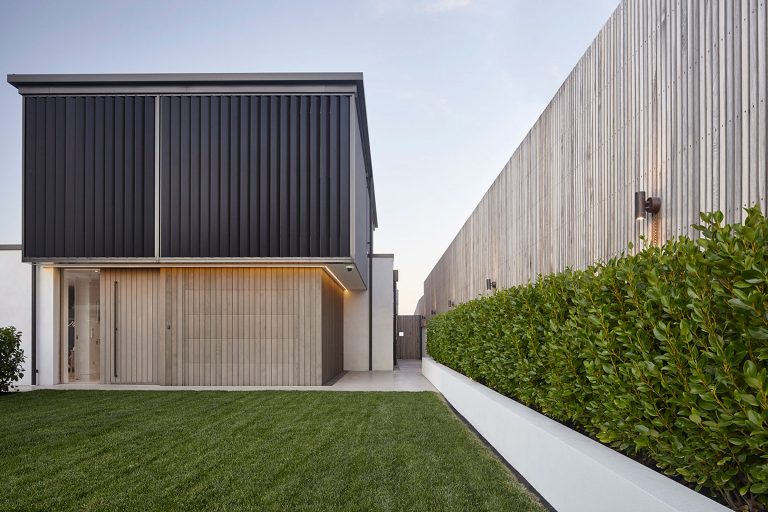 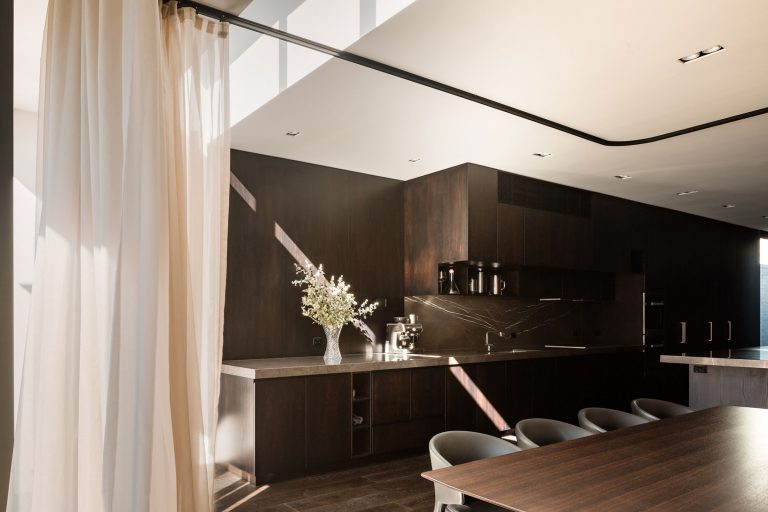 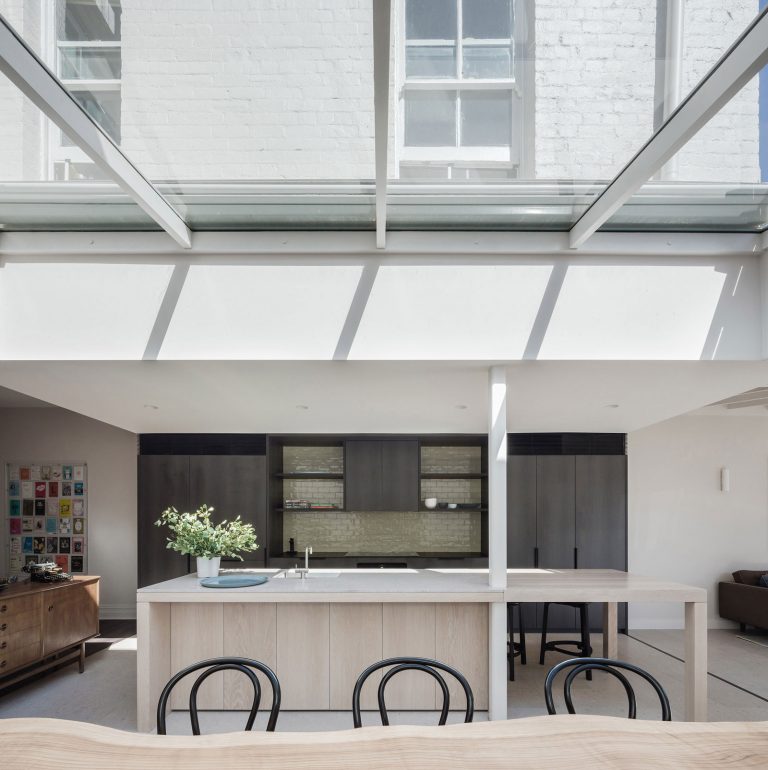 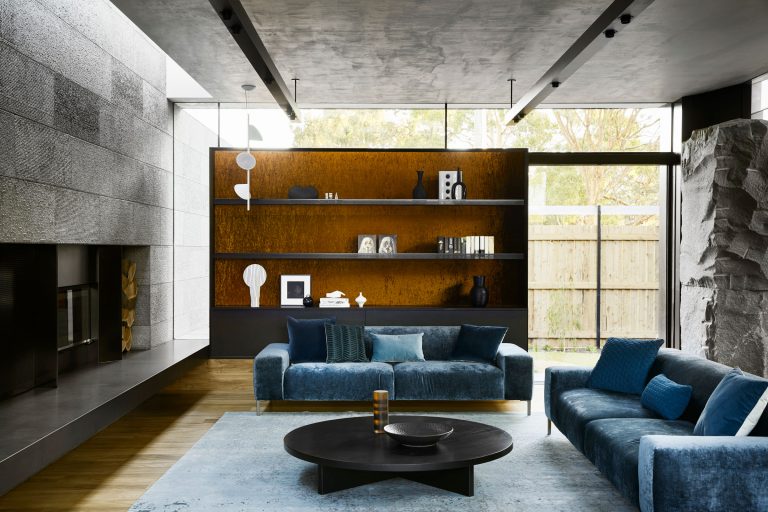 Hewn From The Earth – Cornerstone House by Splinter Society 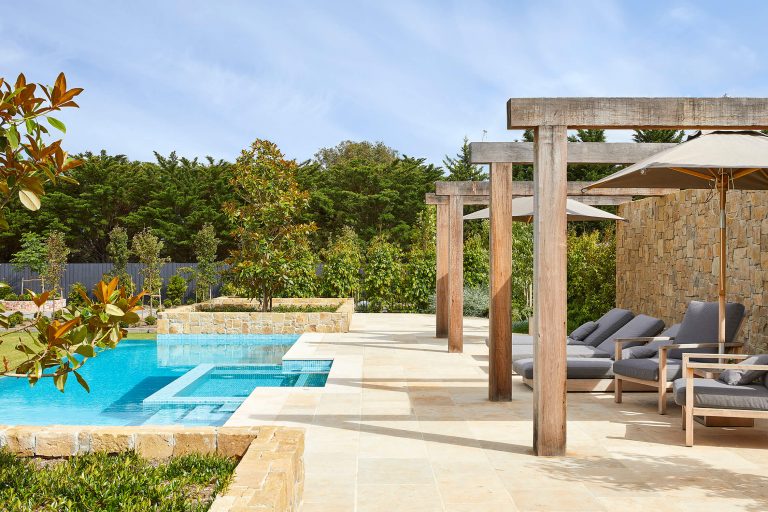