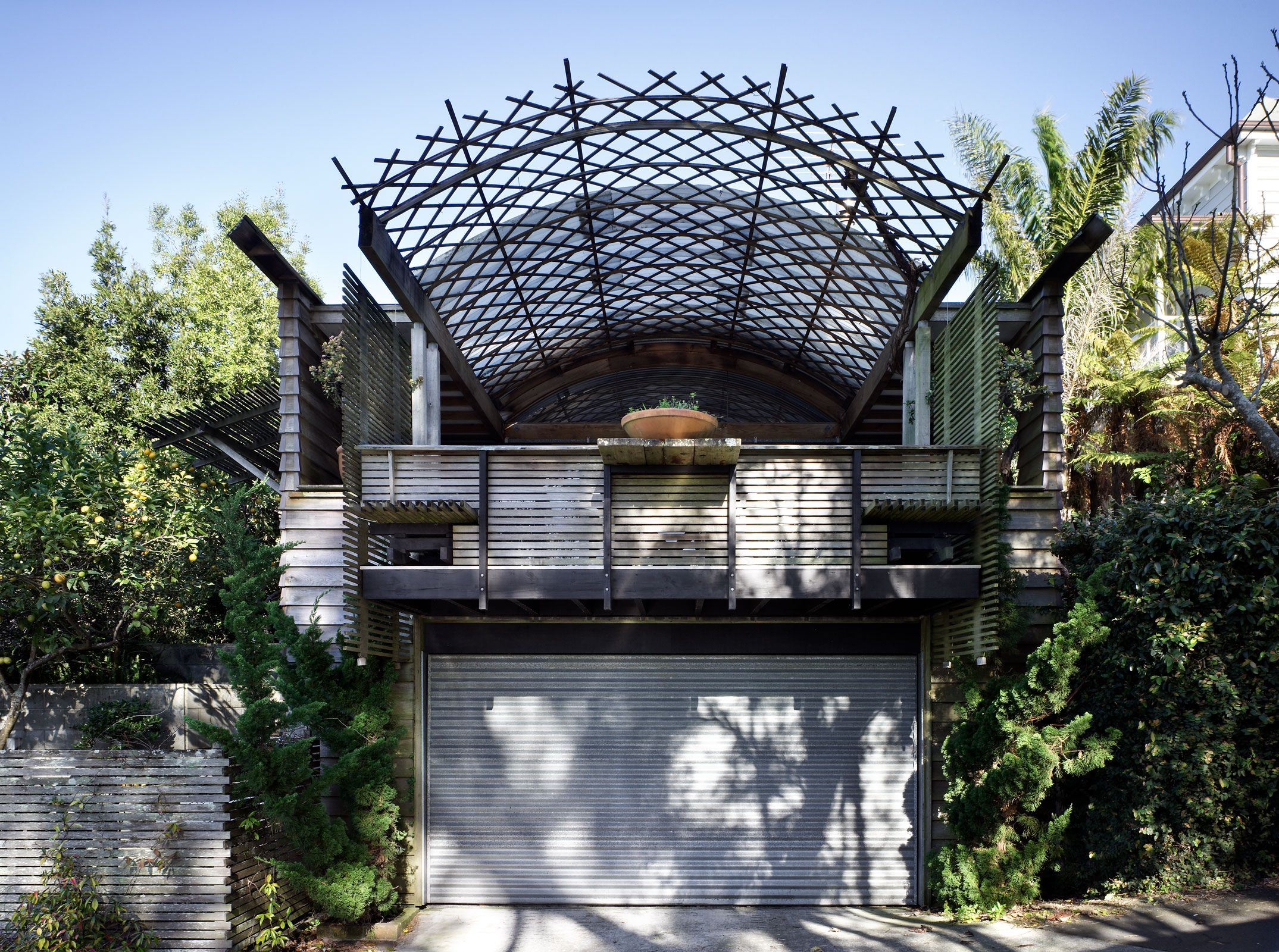 Navigating its challenging tight site with lightness, Heke Street utilises timber and an open connection to the landscape as the founding elements that sculpt the home. Mitchell Stout Architects references Japanese sensibilities of space articulation in making the efficient and compact home, supported by a backbone of restraint.

As an exemplar of an inner-urban restful insertion, Heke Street projects upward over its two stories to sit comfortably as an addition within Auckland’s Ponsonby. Through philosophies of touching and engaging with the site with a deliberate lightness, Mitchell Stout Architects adopts similar principles to those found in Japanese architecture, paying particular attention to the materiality and how small sites are occupied. The creation of privacy while still retaining a sense of openness generates a welcomed balance within its densely populated locale. The proposal of Heke Street offers a sanctuary of sorts, emphasised further through the incorporation of natural elements and the immersion within lush greenery and water.

There is a delicateness to the way in which the home sits in its surrounds, and resultingly offers its own take on the modern home, countering the neighbouring and more familiar approaches.

The architectural approach, despite its location amongst a more hardened landscape, is one that celebrates contrasts. There is a delicateness to the way in which the home sits in its surrounds, which resultingly offers its own take on the modern home as a counter to the neighbouring and more familiar approaches. While a lighter approach is usually found in either coastal and rural areas, acting in response to an openness and a connection with nature, in this case, principles of welcoming and embrace still exist, and their presence offers a relief to the context. Through a number of mechanisms, the public softly blends into the private, while areas to pause and reflect are balanced with areas that bring occupants together. There is a clear equilibrium created as a result.

In its own way, Heke Street captures the spirit of living in Auckland and a connection to the water, with its façade reaching up and engaging with the treetops and the rear opening to its own private pond. The home itself therefore feels as though it is floating. Throughout, the same balance sees transitions from one element to the next. The open and generous spaces, for example, then close to offer a more intimate feel, and the coolness of the water then cocoons as materiality shifts to areas clad in timber, embedding warmth.

In its own way, Heke Street captures the spirit of living in Auckland and a connection to the water, with its façade reaching up and engaging with the treetops and the rear opening to its own private pond. 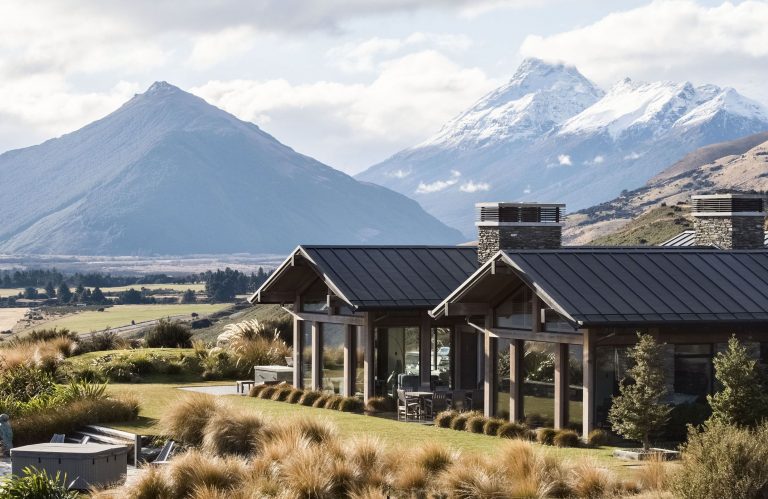 next
A Different Level – Corner House by Archier 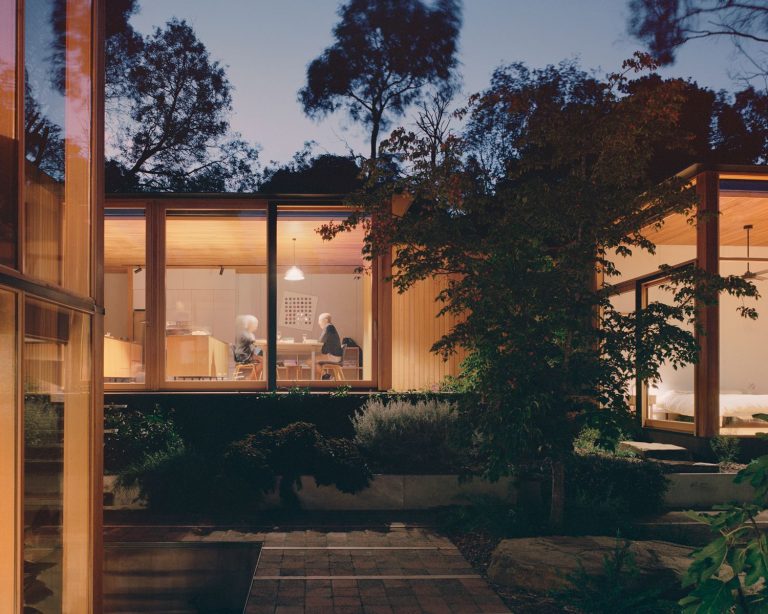 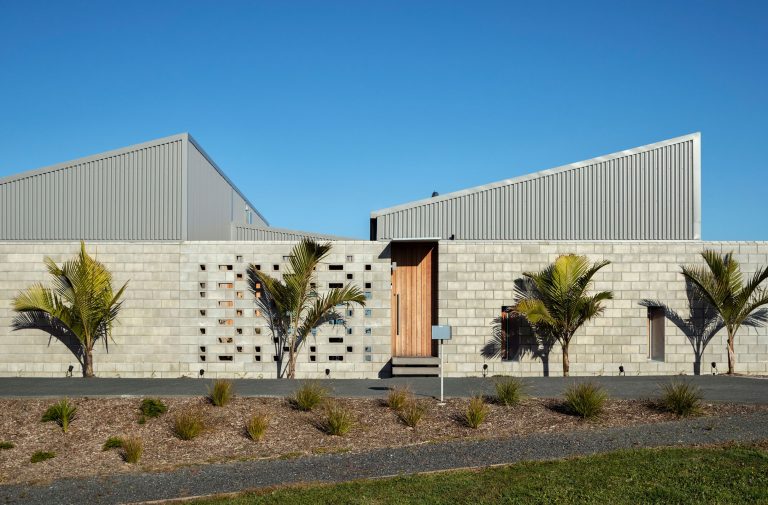 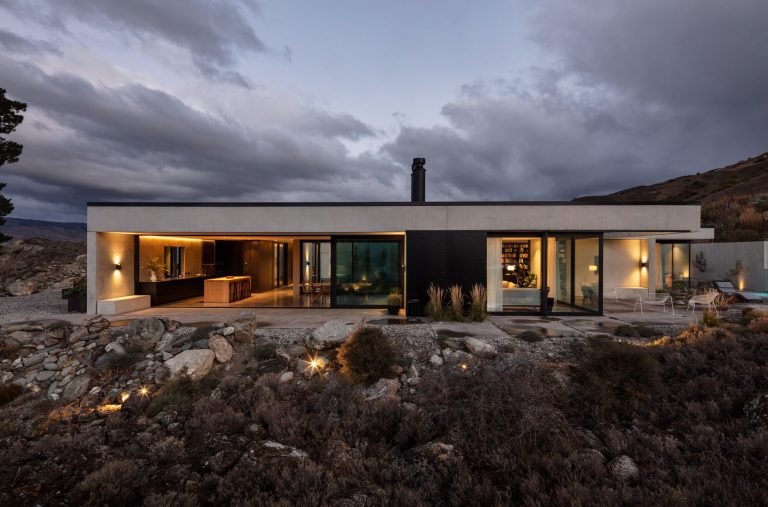 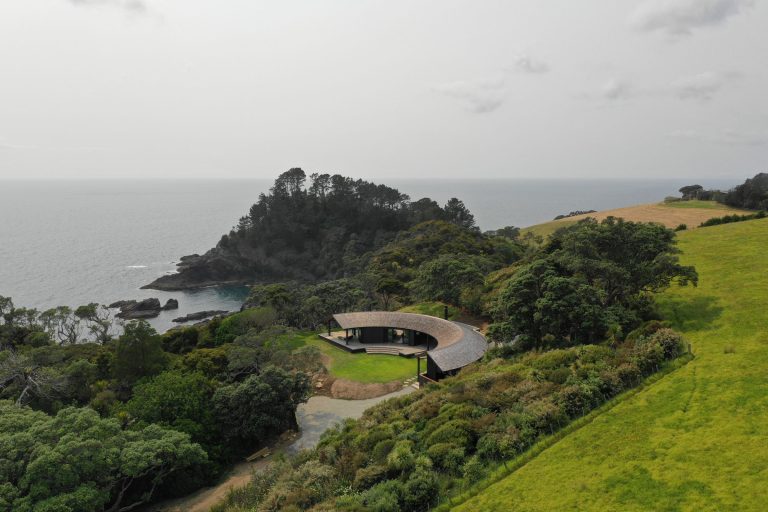 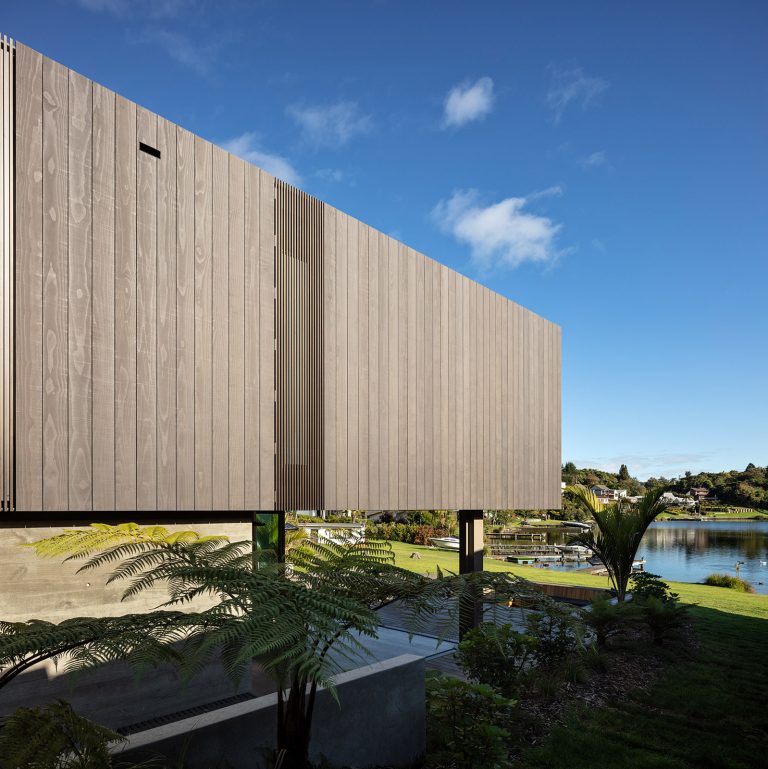 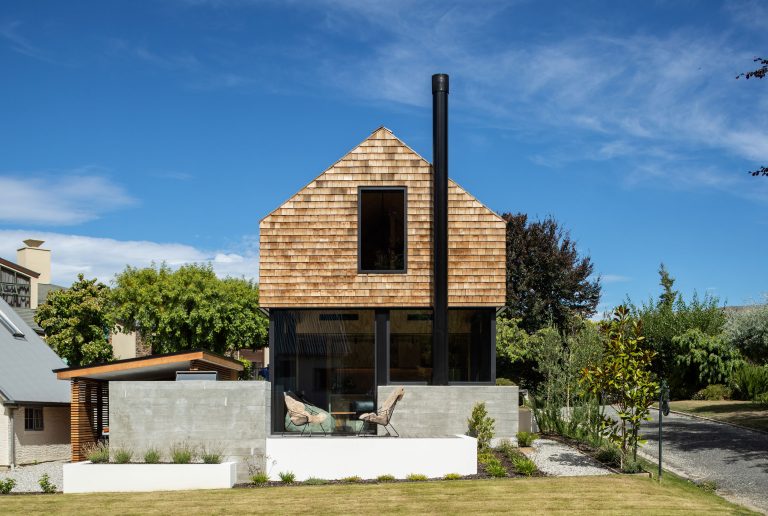