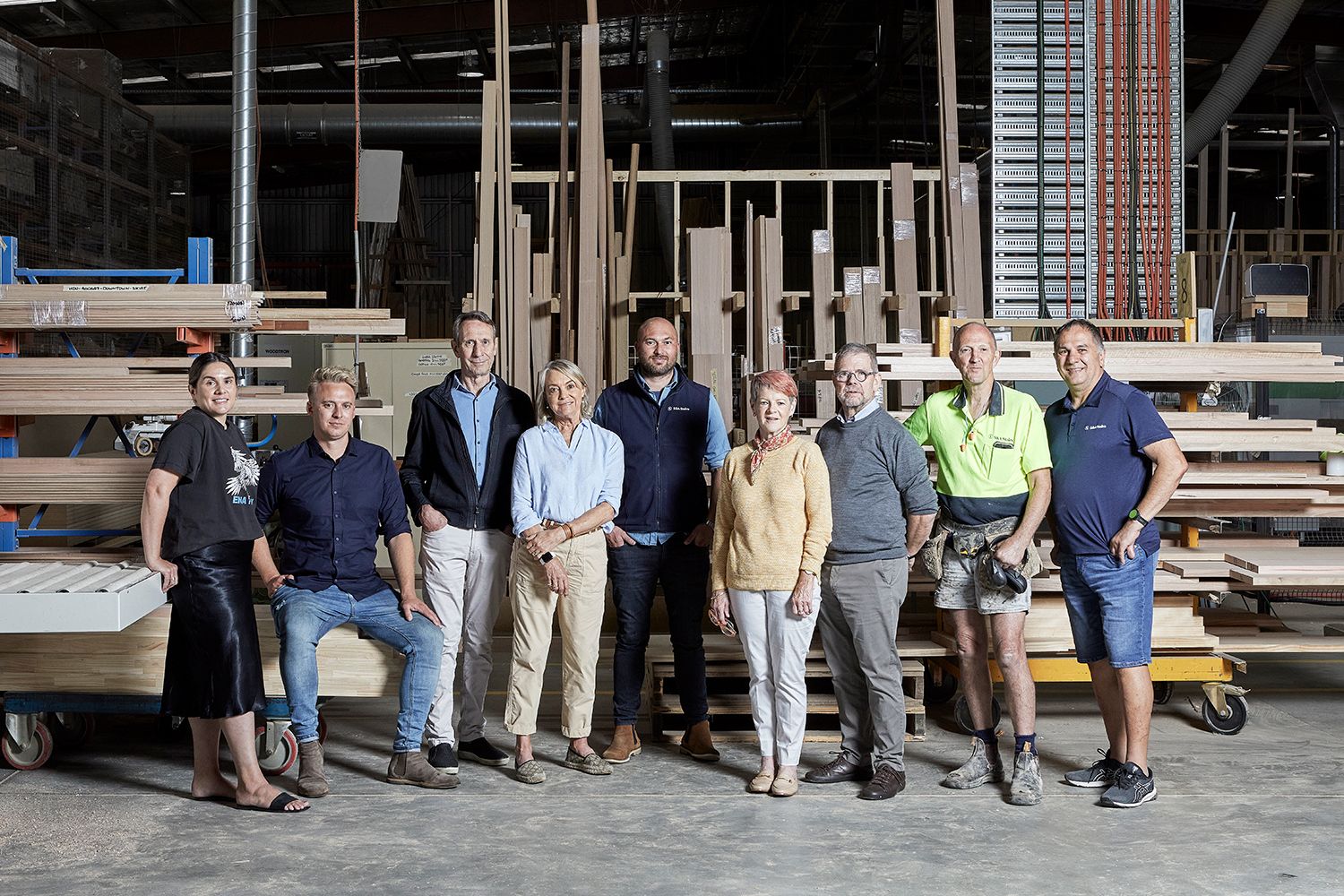 Words by Jackson Hides
Photography by Dave Kulesza & Peter Tarasiuk
Originally Featured in The Local Project Issue No. 5
Originally Featured in The Local Project Issue No. 5
Issue No. 5
Issue Nº5 of The Local Project print publication is the largest to date, with over 380 pages of local architecture and design. As well as new work from the likes of Kennedy Nolan, Edition Office, Tobias Partners, Adam Kane Architects and more, Issue 05 includes Gottlieb House, one of Wood Marsh Architecture’s first residential commissions, completed 30 years ago and unchanged to this day. Kew Residence by John Wardle Architects is also found in this issue. As the home John Wardle has occupied since 1990 and renovated three times, the project is a profound insight into the personal and professional history of one of Melbourne’s most lauded architects.
Order Now
View Gallery

It is something of a rarity to find an Australian design business that is 100 years old – even more so when that business is family owned and operated. But that is the story of Slattery & Acquroff Stairs, now in its fourth generation and celebrating the milestone of a century in business.

“We began in an old converted stable in South Yarra, 1920. My great grandfather would take stairs to site by wheelbarrow during the Great Depression,” explains S&A Stairs Director of Operations Tom Acquroff, who – along with brothers Joel and Nick Acquroff – represents the fourth generation of the Acquroff family to be involved in the business. “We made our name as a small craft shop with an incredible work ethic, led by my great grandfather.”

After Ted Slattery’s passing in 1928, his business partner Alec Acquroff’s son Jack joined the business in the 1940s, along with George Beard, with both families maintaining ownership of the business to this day (Rob Acquroff is Director, Rob Beard is Managing Director). As one would expect from a 100 year-old business, S&A has enjoyed many iconic moments throughout its history, whose fortunes Joel Acquroff says have often been tied to the booms of Australian society. “In the mid-century, we became synonymous with the modernist architecture that shaped our suburbs. We made stairs for homes by architects like McGlashan Everist, Graeme Gunn, Robin Boyd, and Harry Seidler.”

During the third generation, under Rob Acquroff, S&A made stairs for celebrated Australian buildings including the ceremonial staircase at Victorian Parliament House in Melbourne and Commonwealth Parliament House in Canberra, as well as hundreds of metres worth of continuous handrail at Melbourne Airport that Jack Acquroff and George Beard installed together. “Our grandfather Jack also briefly returned home from the war to make a stair for the Royal Melbourne Hospital, which was transforming into an American base in Australia,” Joel says of another significant staircase built by S&A.

As one would expect from a 100 year-old business, S&A has enjoyed many iconic moments throughout its history.

This is not to say, however, that the company only caters to the upper echelons of Australian society. Managing Director Rob Beard explains that S&A has also been at the forefront of the affordable housing movement in Australia. “Today, we work on projects with renowned architects like Kennedy Nolan and Richards Stanisich, and also with eight of the 10 biggest residential builders in Australia.” Part of the reason S&A can supply both markets is the company’s investment and belief in machine technology. As recently as the 1950s, the company would have had to laminate blocks of timber together and whittle them down into a continuous handrail over the course of weeks. Today, five axis CNC machines can do this work in a matter of minutes.

Throughout the 2000s, S&A has grown to include branches in Victoria, New South Wales, Queensland and South Australia. Technology might have increased output, but it is the craft lessons S&A has passed down through generations which has made it unique in the architectural space. Each stair is detailed in house, crafted by a single team member, and then installed on site, so clients can genuinely feel the human touch. It can be a labour-intensive process, but Rob explains that S&A is “known for our unrelenting quality. We expect that our family is the best, and that, collectively, we’re all here to improve and to learn for a lifetime. Some of our installers put in three or four stairs every day. Others like Andrew Clinton, who has been working with us for 45 years, will carefully assemble stairs worth hundreds of thousands of dollars over the course of a few weeks.” 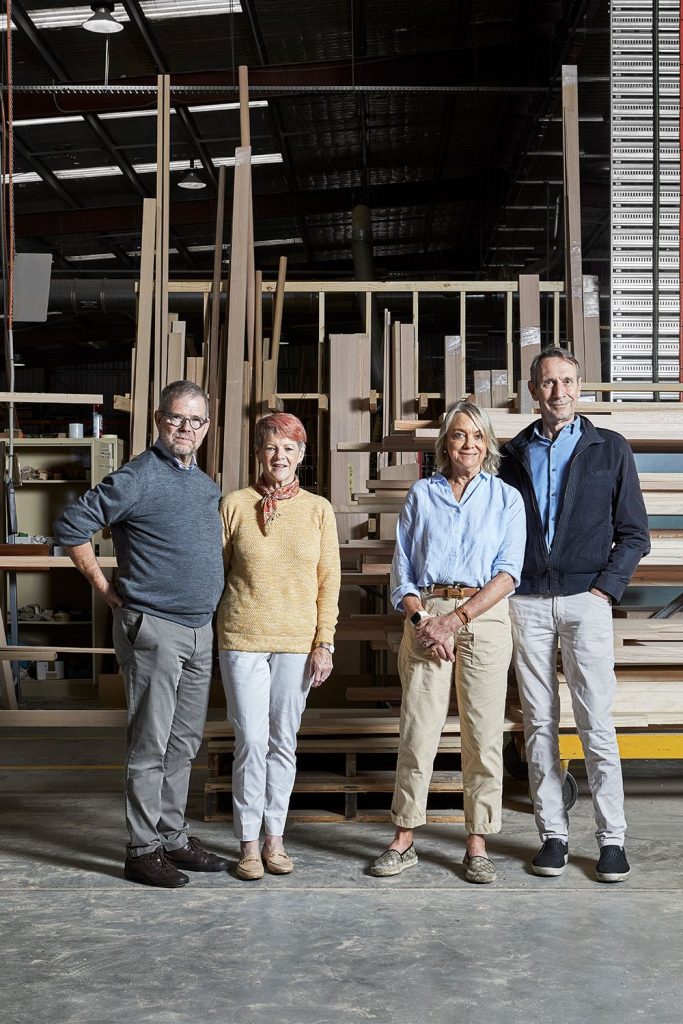 “Today, we work on projects with renowned architects like Kennedy Nolan and Richards Stanisich, and also with eight of the 10 biggest residential builders in Australia.”

These anecdotes, like so much of the S&A business, continually link back to family – both the Acquroffs’ and the Beards’ – but also the scores of other families that have been involved with the company for so much of the 101-year journey. “Today we have more than 20 staff who have worked with us for more than 20 years,” says Tom Acquroff. “Family is by far our most important value.”

One could be forgiven, then, for thinking that S&A would be content with its position in the market, relying on heritage and pedigree to further the business. But the company has unashamedly always aimed high and dedicated itself to providing solutions in people’s homes. It is in these roots that Ensemble, the newest part of the S&A business, has been born. 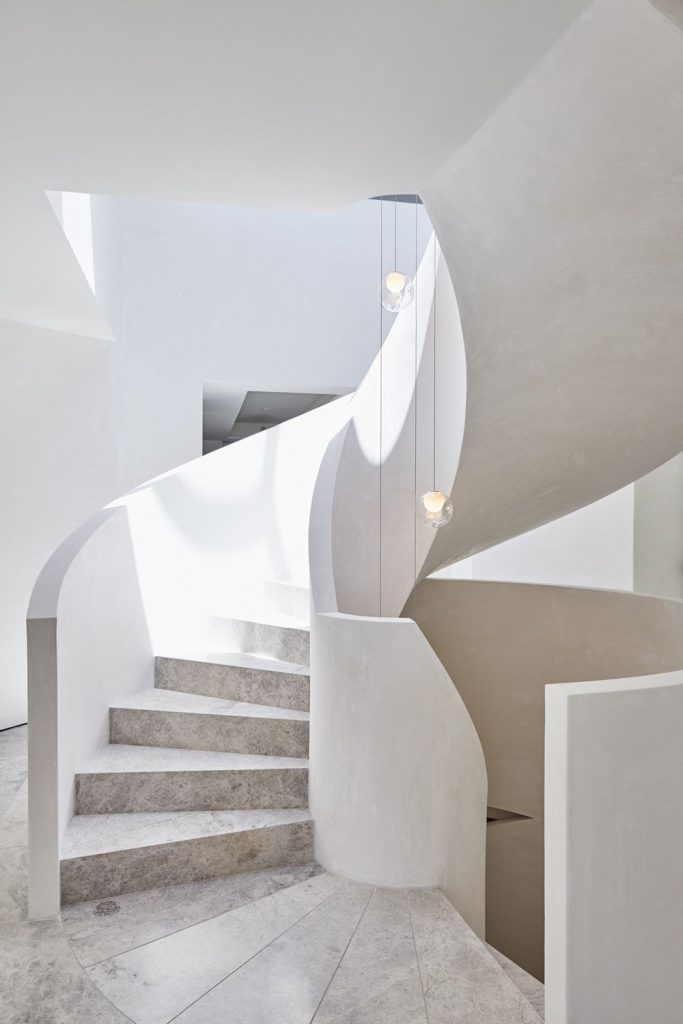 Ensemble is a range of modular joinery that includes bed heads, bookshelves, sideboards, TV units and desks. It allows customers to go online, select and choose the colour of their joinery products, all with 3D modelling and live pricing. Ensemble General Manager Nick Acquroff says that “for people building new homes, there’s no one place where you can go to bring your interiors to life. We believe that you should be able to build your fittings and your furniture, specify the colours, get a quote, and have it installed – all in a simple consult with us.”

The range itself is centred on a suite of internationally-recognised patents pertaining to a remarkable timber join, using the five-axis CNC technology that the business has been using since the 1990s, when Rob Acquroff bought the company’s first machine in Italy. One of the more unexpected benefits of Ensemble is the transparency that it provides the end user, both visually and financially. “It took us 100 years until we thought we understood stairs,” Nick reasons. “And through that experience, we realise that it’s hard for new homebuyers, who can’t see what their home is going to look like. They wait weeks for quotes and are asked to imagine what finishes are going to look like.”

With products divided according to their size and room functionality, the range can be ordered online and comes installed on site, ready for clients when they move in. The model not only simplifies the costs and supply chain but it offers an opportunity to digitally view the unit they are creating and select colours accordingly. “At the moment, when you buy a new home nothing is immediate. With Ensemble, you can shop, select your colours and get a quote in seconds,” says Nick.

From a small factory in the backstreets of South Yarra over 100 years ago, S&A has blossomed into one of the most significant stair manufacturers in the country, servicing volume builders and lauded architects alike on the back of family values and an emphasis on continual improvement. And in Ensemble, the business has demonstrated its ethos is a strong foundation for continual innovation and expansion, proving S&A has the commitment to reach even greater heights in the next century to come. 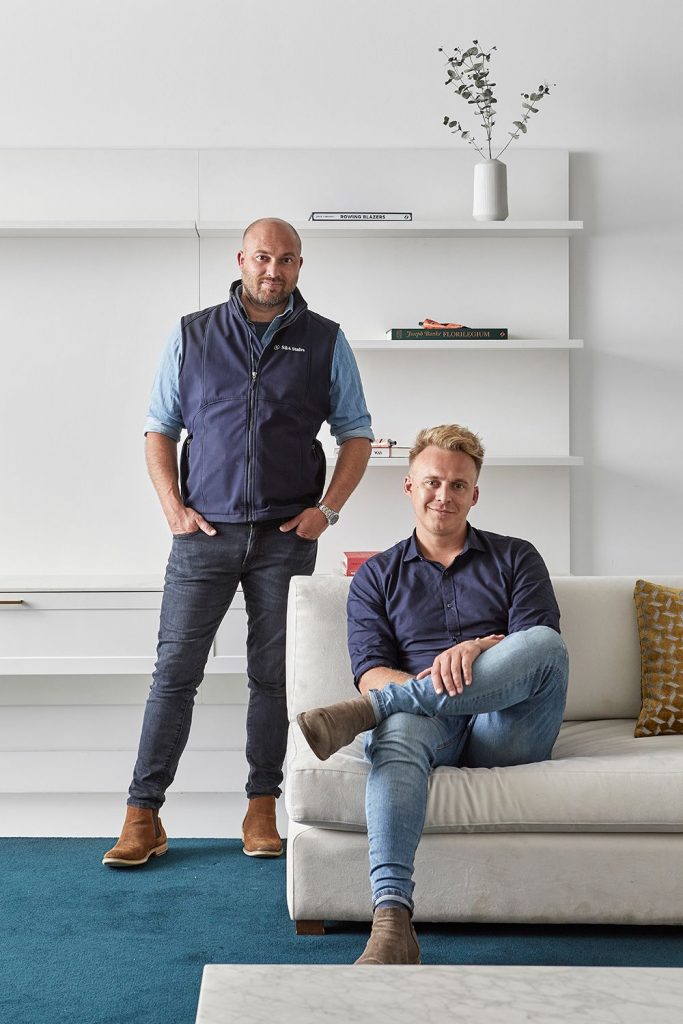 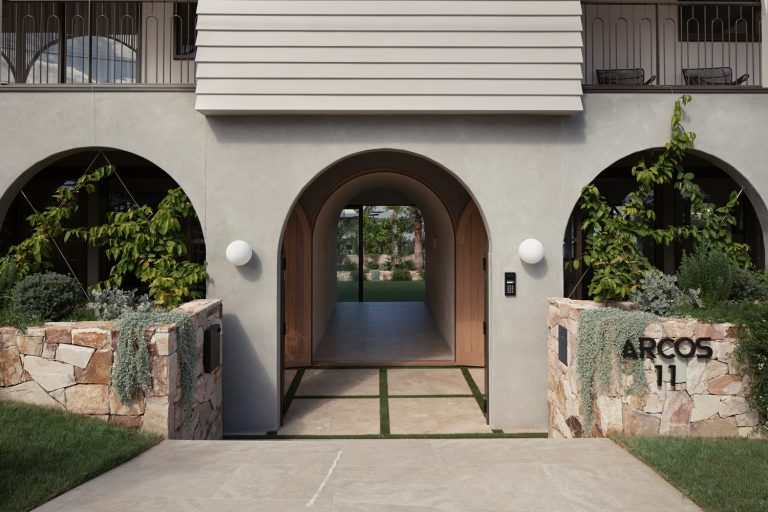 next
The Art of Bathing – Cotton Linen Collection by Købn 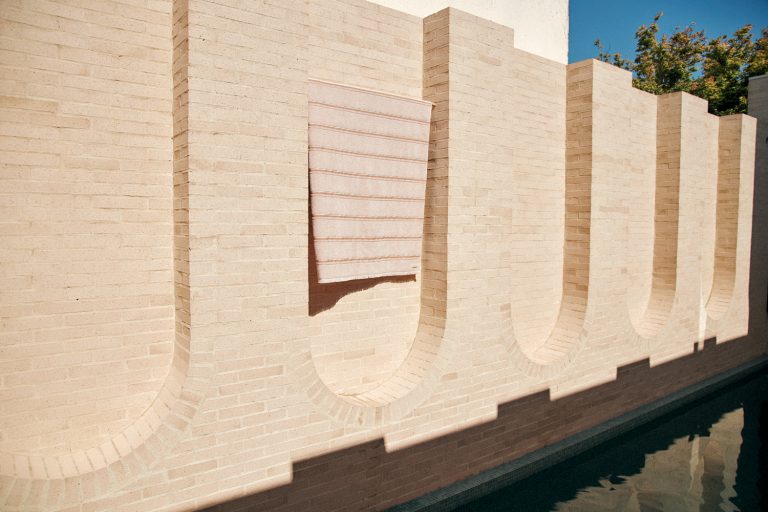 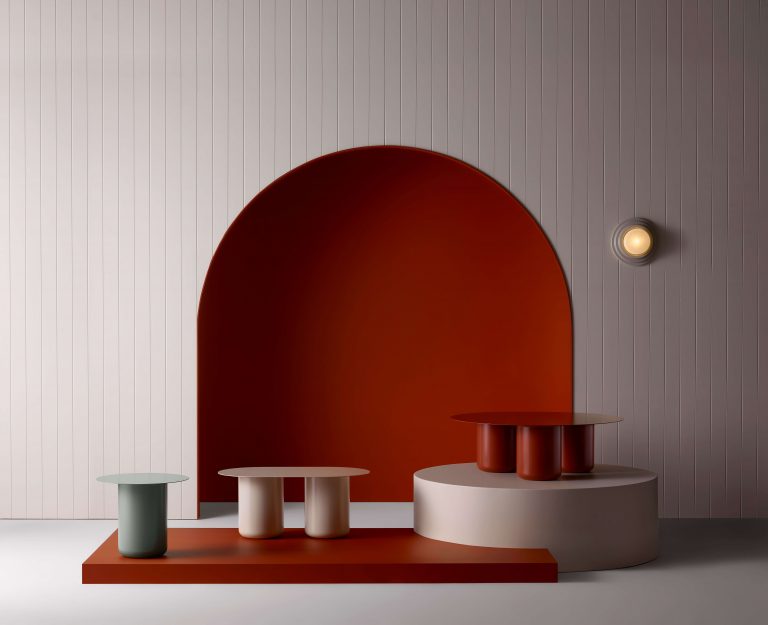 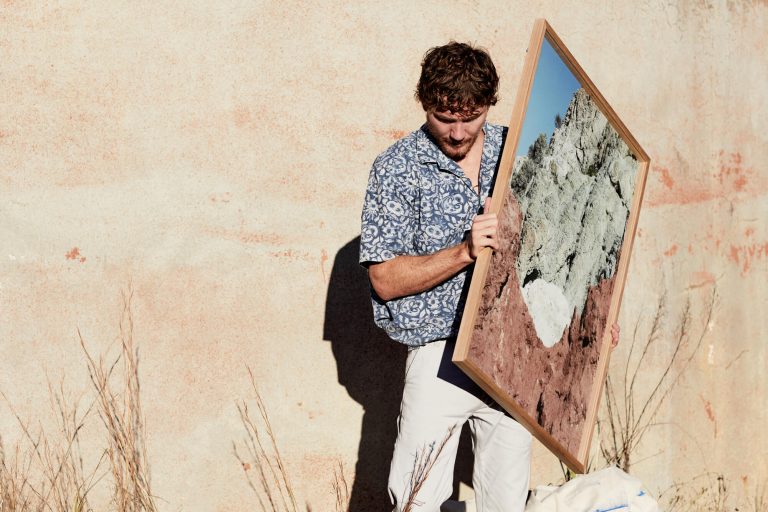 Tranquillity in the Landscape – Mindscapes by Todd Clare 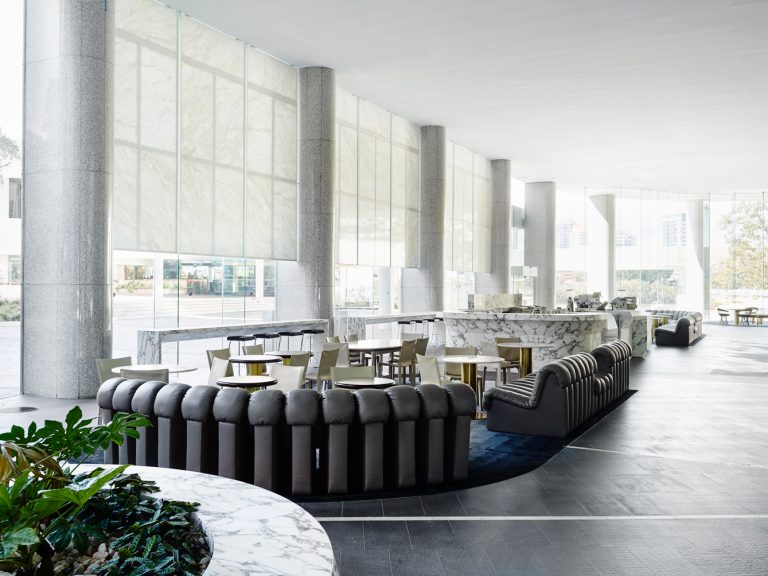 The Pursuit of Perfection with DOMO 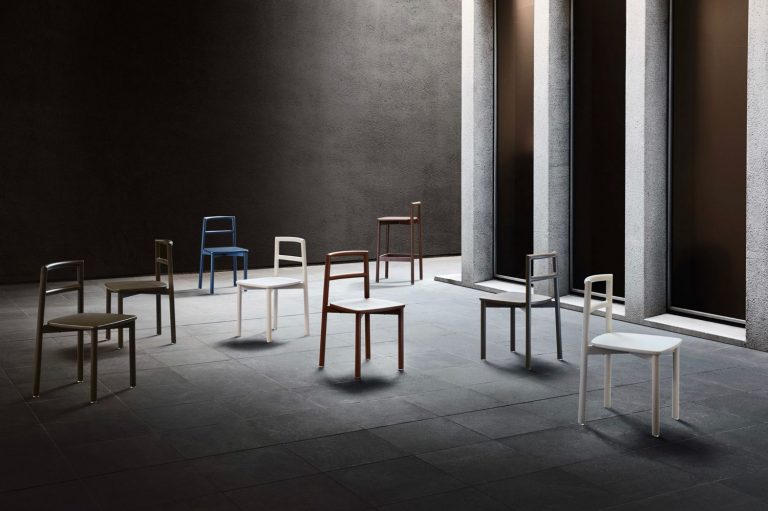 From the Lounge Room to the Boardroom – Ross Didier 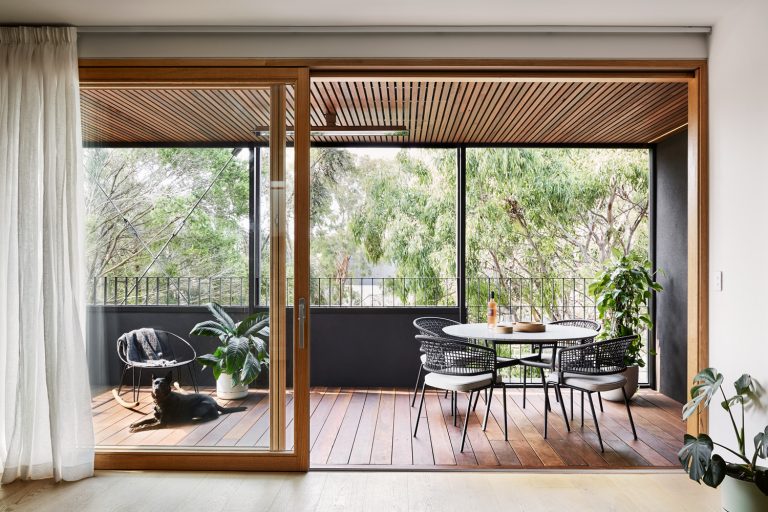 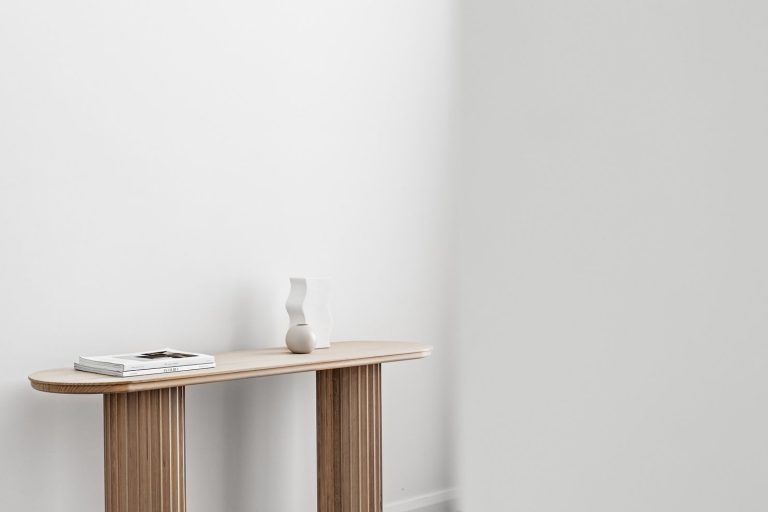