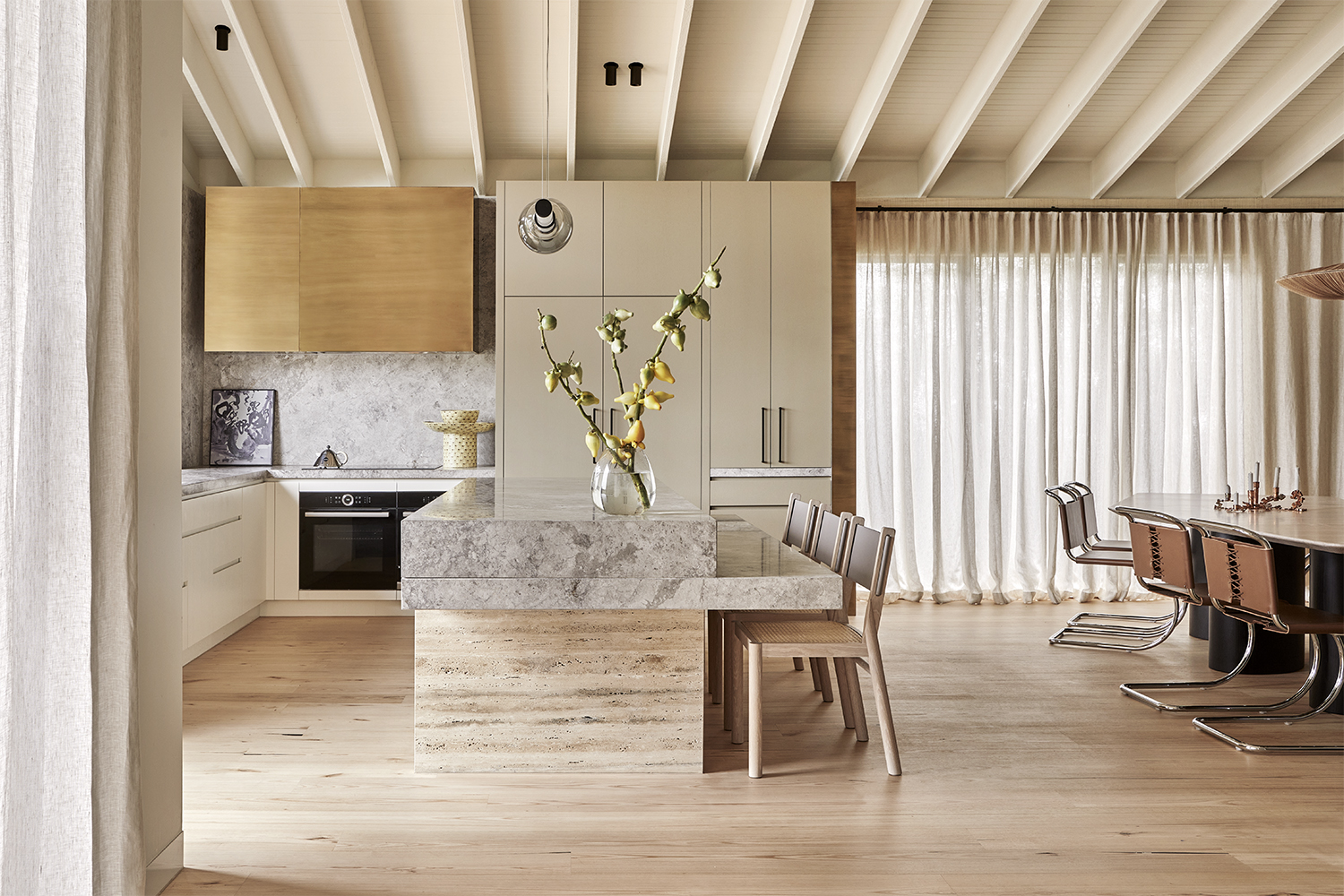 Directly informed by its Sorrento location, Fiona Lynch does away with the pastiche notion of beachside living to deliver a coastal home full of warmth, tranquillity and texture. Using much of the existing spatial planning, the rooms and zones within Sorrento House were reimagined to suit a client brief of minimal additional ornamentation, allowing small decisive changes to create dramatic transformation.

In a full internal revisit of an existing two-storey 1980s home, previous renovations devoid of character were removed to expose simple bones, forming a sound foundation for a new overlay of tone and function better suited to a current way of life and the home’s inhabitants. In combination with extensively featured wall treatments and carefully selected key artworks, the resulting Sorrento House is a satisfying blend of natural hues and the relaxed luxe typifying a new coastal lifestyle.

Reflective of those naturally found in such coastal locations, organic and porous elements are used extensively throughout the home, integrated into primal joinery elements and wall treatments connecting zones.

Reflective of those naturally found in such coastal locations, organic and porous elements are used extensively throughout the home, integrated into primal joinery elements and wall treatments connecting zones. This is further enhanced by the kitchen island – the bold pairing of a soft and mottled natural limestone top with a heavily and distinctly veined travertine base. The island provides both visual interest and a functional seating area to appreciate the newly exposed coastal vista and servery to the balcony.

In combination with extensively featured wall treatments and carefully selected key artworks, the resulting Sorrento House is a satisfying blend of natural hues and the relaxed luxe typifying a new coastal lifestyle.

Maintaining the original fireplace locations to both levels allowed a new layer of finely crafted detail, redefining the typical fireplace mantles and surrounds in stone and polished plaster. Joinery flows from each with distinct personality and function at both levels of the residence, providing sinuous continuity of materiality. Each defines subtly removed living areas enveloped in softly draped open weave linen curtains, creating inviting and calm retreats with the ideal amount of seclusion from surrounding rooms. Sparse yet considered lighting within these spaces highlights the craft of individual fittings alongside the textured ceiling treatment original to the home.

Soft-toned polished plaster used throughout Sorrento House echoes hues found in the surrounding landscape and works in combination with textured raffia wallpaper to subtly reference the coastal locale. Wheat-toned woven wicker screens utilise the exceptional skill of local craftspeople and form the bridge knitting together environs between levels. Further repeated in the form of doors and designed to partially screen hall and study from adjacent zones, the open weave maintains connection with the residence and landscape as a whole.

Subtly layering the remaining original features with a new understanding of a modern coastal lifestyle, Fiona Lynch has further honed an understanding of natural materials and textures. Sorrento House emerges as an effortlessly curated home, one to be enjoyed for many future generations. 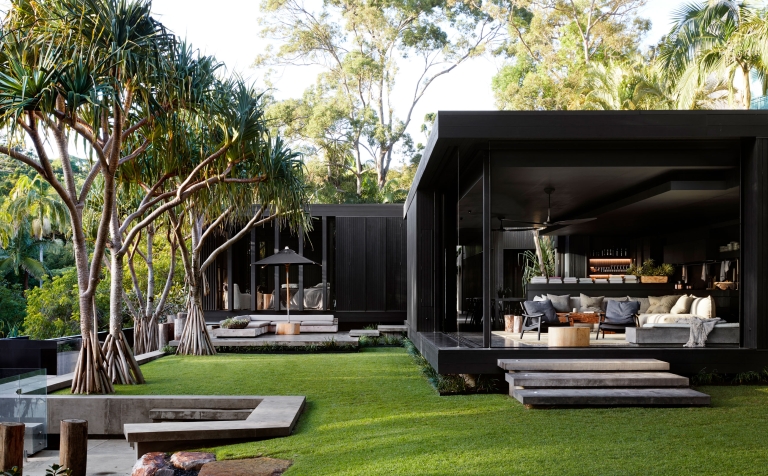 next
A Considered Evolution – Fusilier Cottage by Bence Mulcahy 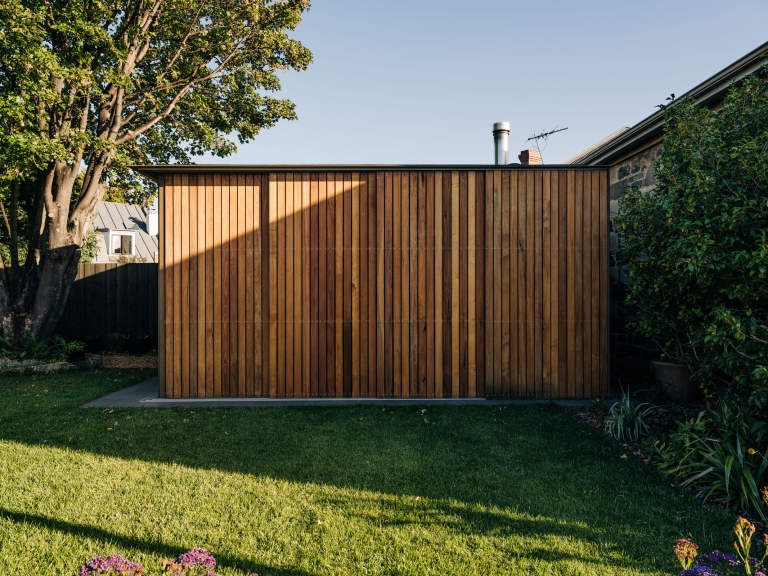 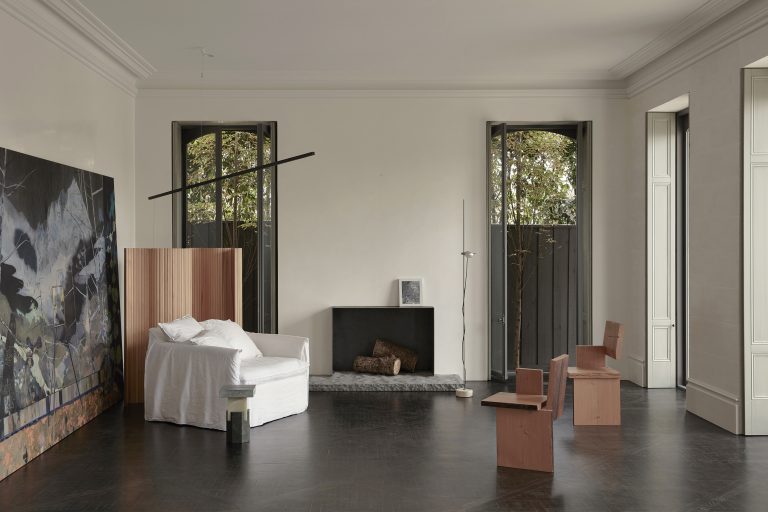 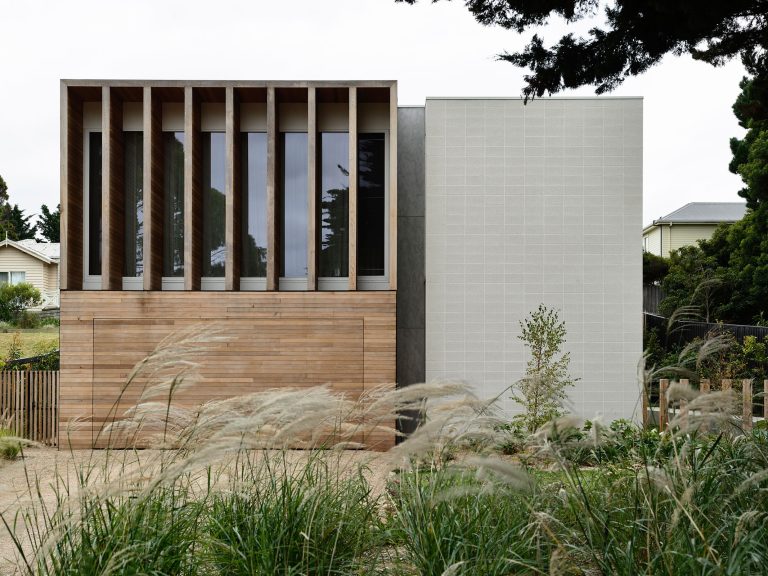 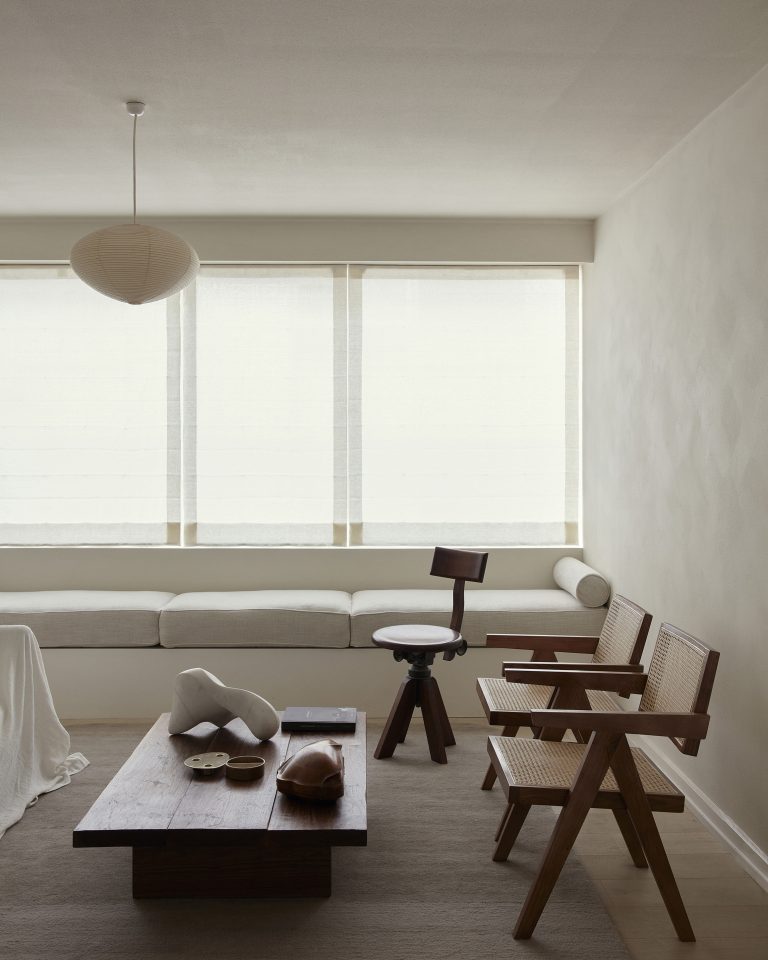 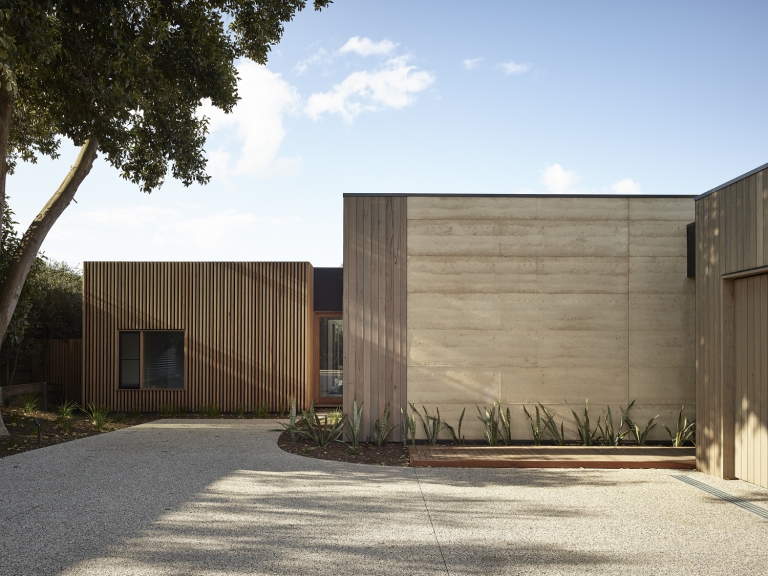 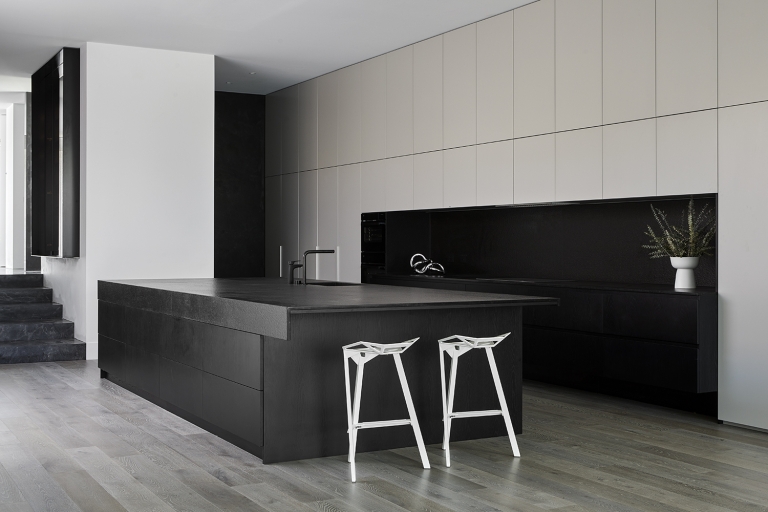 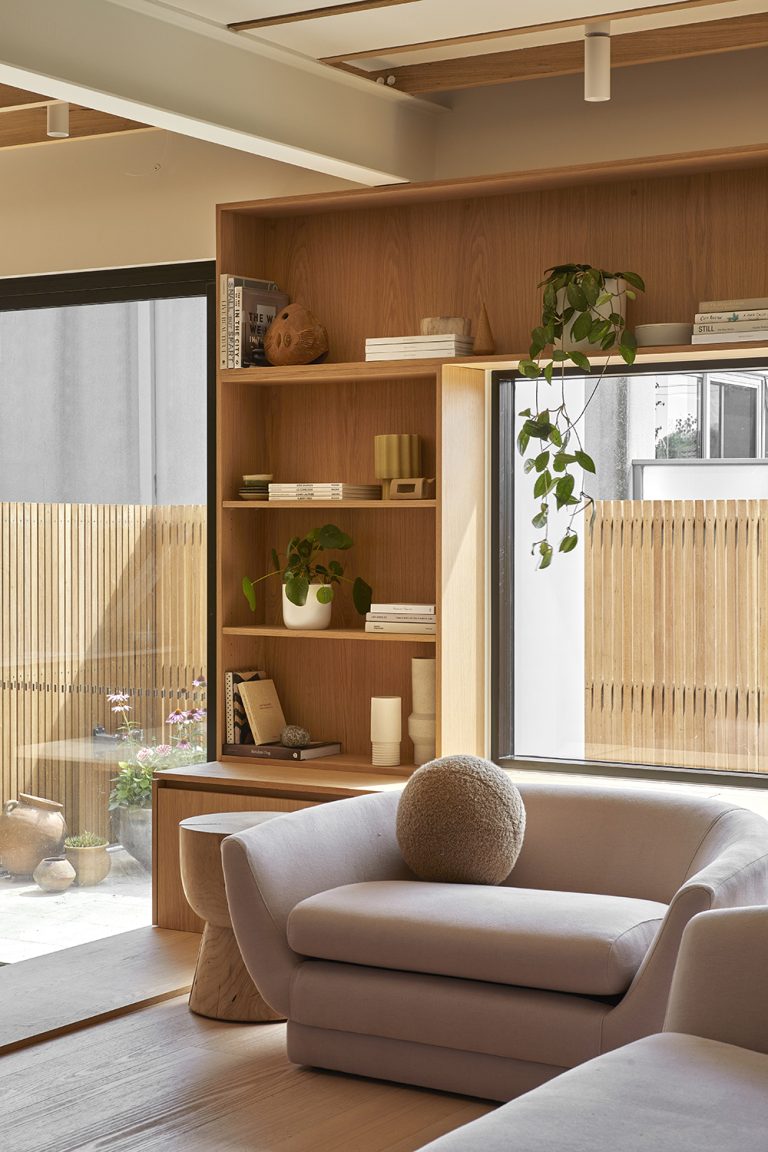 Petite and Bold – House for Eva by MRTN Architects