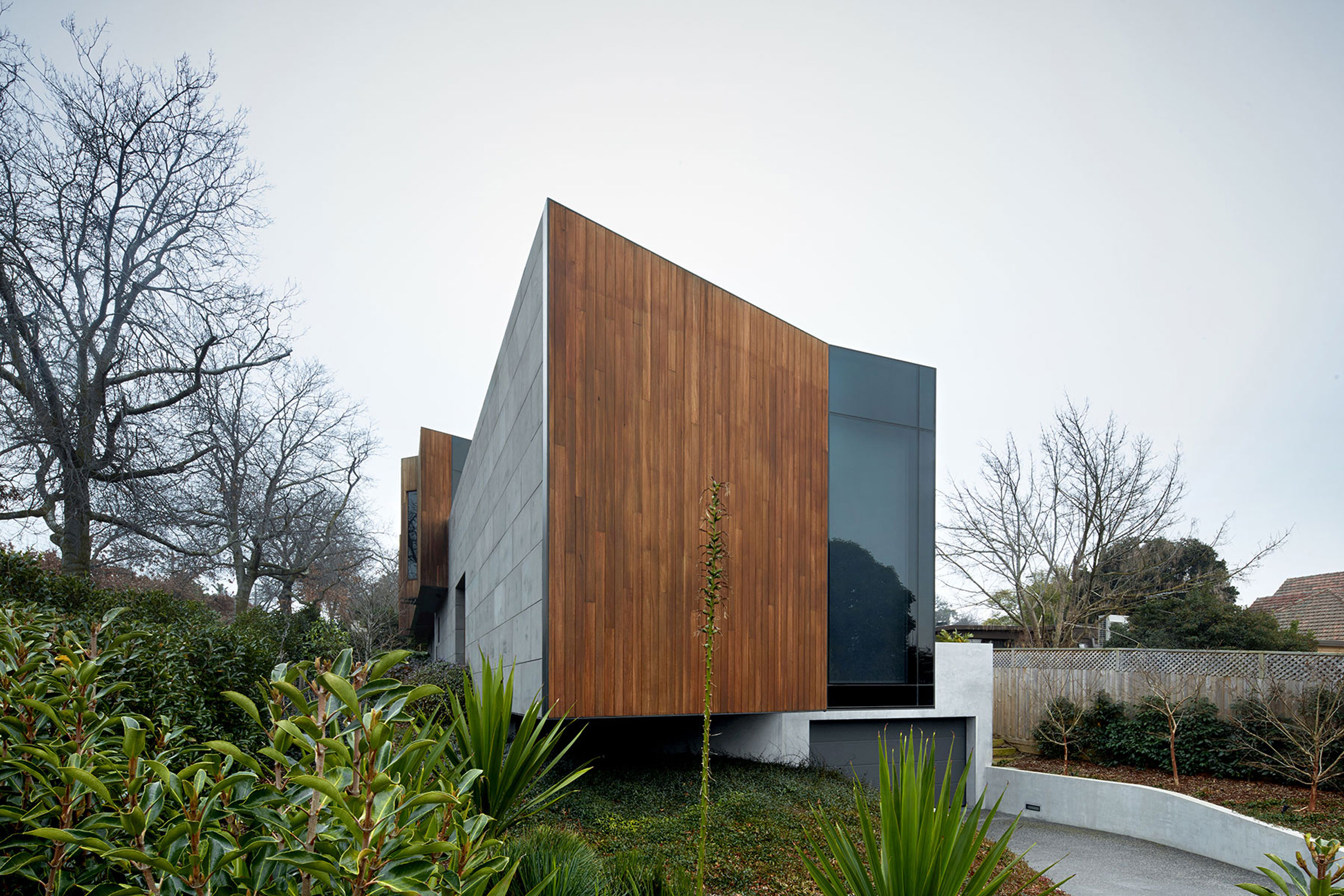 Optimising its location in Melbourne’s leafy and established eastern suburb of Balwyn, Yarrabat Residence illustrates a clear and purposed connection between site, architecture and landscape. Completed in 2015 on an inclining corner site, its custodians wanted to integrate cross-generational living through a series of private and open connected volumes. Expressed through form and materiality, two dominant forms cup the site, where a lower bluestone volume generates weighted-ness to a Spotted Gum timber upper form. With views toward the Dandenong Ranges, openings are carved out of the masses to create long-ward facing framed vistas. The view presented to the street is one of privacy, offering only glimpses through narrow openings, and creating a sense of enclosure on approach. Internally through the strategic location of skylights and other openings, and a deliberately restraint in palette, the home is light-filled. Yarrabat Residence sees a bold and distinctly different offering for its residential locale, offering a sense of respectful contemporary amongst its neighbours.

Yarrbat Avenue in Balwyn is like many streets in Melbourne’s inner eastern suburbs. It is a quiet residential street that reflects no particular historical period, but has fine examples of the various housing styles built throughout the last 100 years. Also, like many streets in Mel-bourne’s inner eastern suburbs, it is lined with European deciduous trees that map the changes of seasons. The brief from the client sought to exploit the opportunities found on this site from its location. The site is on the side of a hill which has excellent views to the Dandenong Ranges, and it was important to allow the building to capture these distant views, as well as to strategically engage with the established trees lining the streets.

The brief for this home also had the requirement that it be a multi-generational home with the ability for it to provide independent and shared accommodation for the family and their grandparents together. As such it was important that each person have a sense of space, both shared and private. Equality of access is provided throughout the home, and there is a spatial allowance for a lift should that be needed in the future.

The house with its confident formal expression is intensely private. Its windows to the street are narrow, or screened – just sufficient to engage with the immediate surrounding green-ery. The facade openings to the street form part of an animated timber façade where the upper floor is clad in highly durable Australian hardwood – Spotted Gum. This is part of a simple expression of local raw materials with the solid base of the ground floor clad in local bluestone panels. This subtle animated gesture can also be seen referenced in joinery ele-ments throughout the home.

The homes interiors, while extremely private, are flooded with natural light through strategi-cally placed windows and large skylights. Natural timbers and stone throughout reflect the ever-changing landscape and create a strong connection between the interiors, landscape and architecture. A neutral palette throughout the home allows the framed views of the changing seasons to act as artwork, evolving throughout the years with the home.

The landscape is expressed in a more tangible form internally through the large central green stone column. Connecting the three floors of the home, the commanding feature is wrapped by the floating staircase, allowing a more intimate interaction with the material as you move throughout the home. The stone clad basement form grounds the home within the landscape and houses an all white garage with wash station, celebrating the clients love for cars and creating the perfect backdrop for their collection. There has been great care in detailing the material finishes to the facades, where the prima-cy of the form is dominant – the stone surface continues seamlessly to timber then to a sheer glass corner window, then back to stone. The success of this building is because of its difference from its neighbours. It has quite subtle but almost heroic gestures in its form, and with its extended family accommodation requirements, sets a sound contemporary ref-erence point in the history of this well-established street in Balwyn. 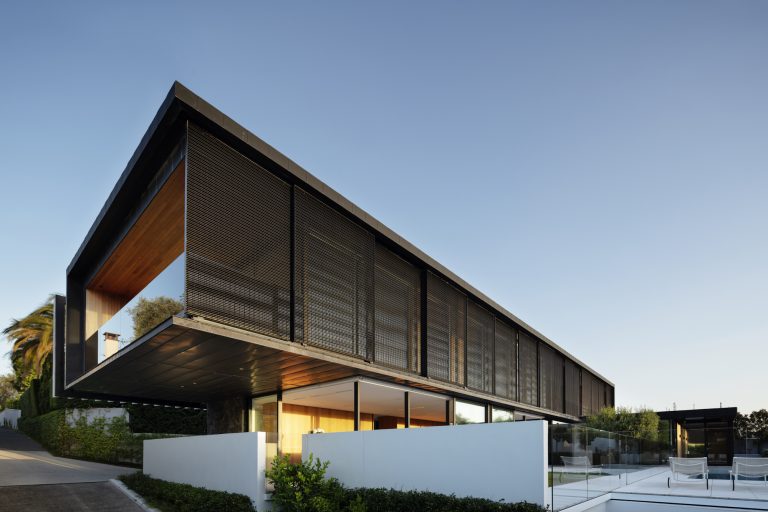 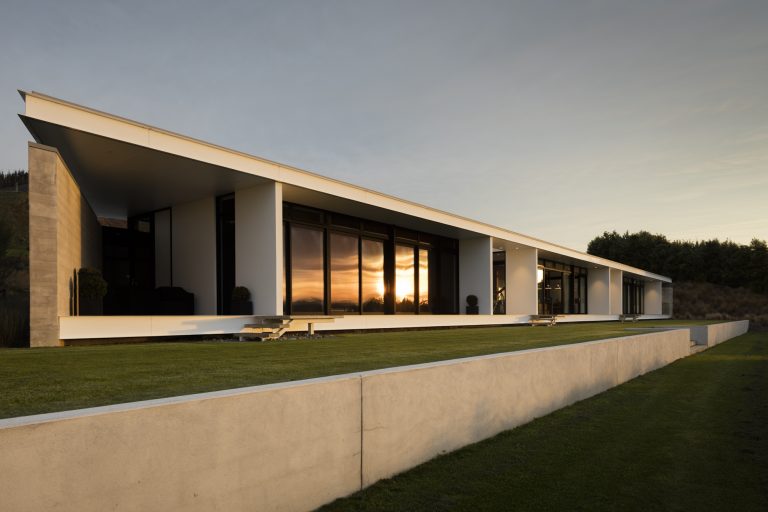 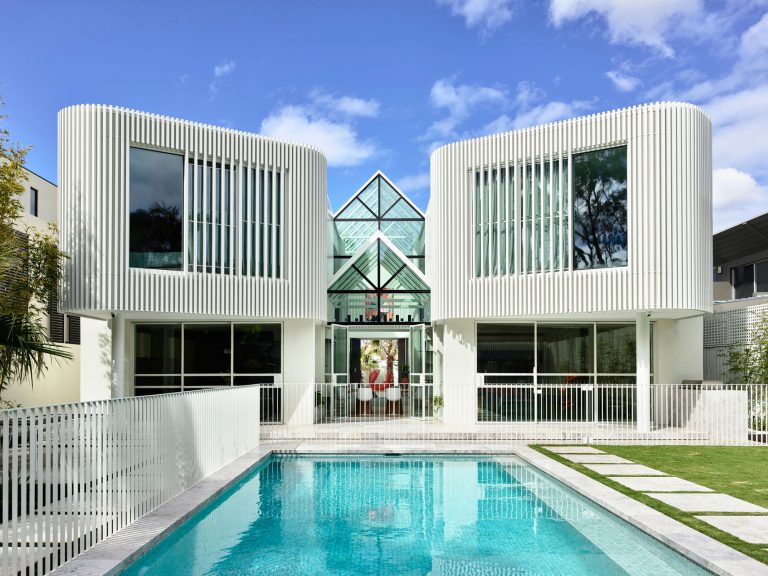 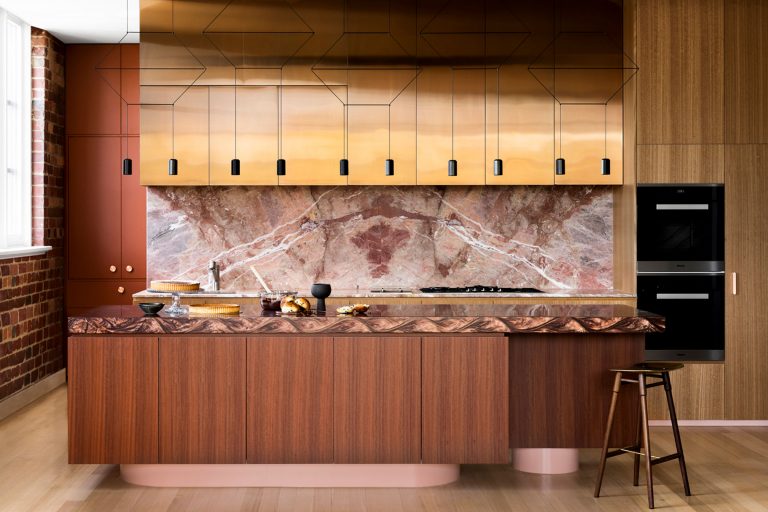 A Medley of Colour, Pattern & Texture – Keano Warehouse by WOWOWA 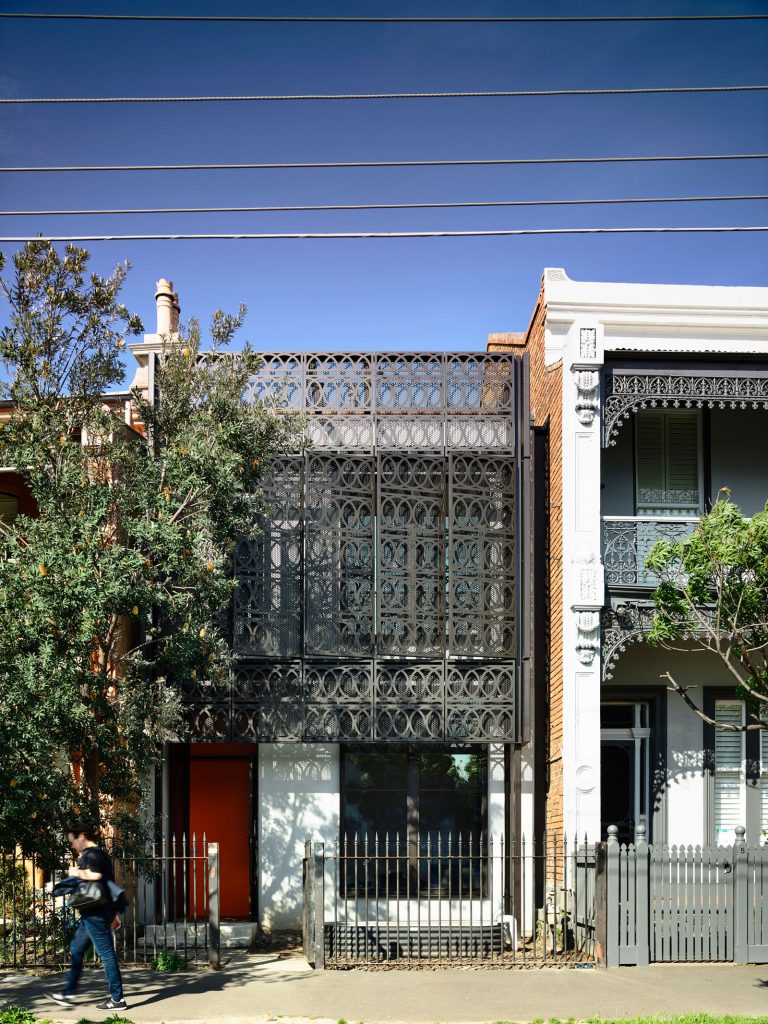 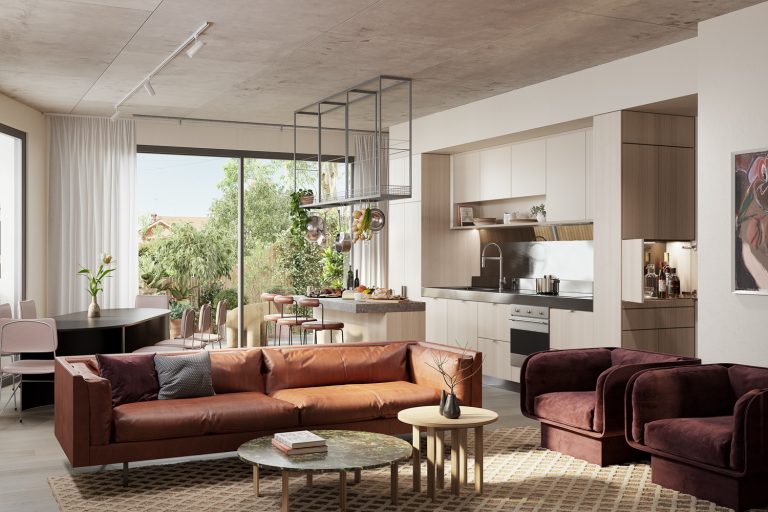 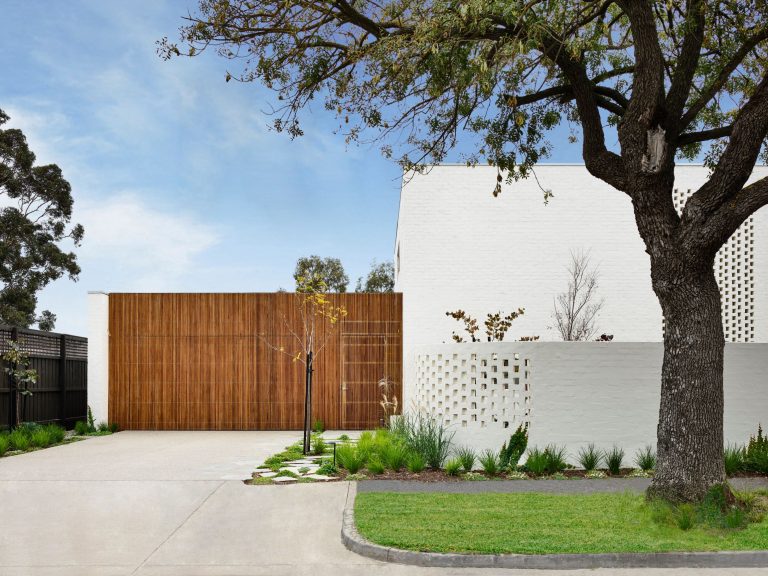 A Place For Connection – Brighton East House by InForm 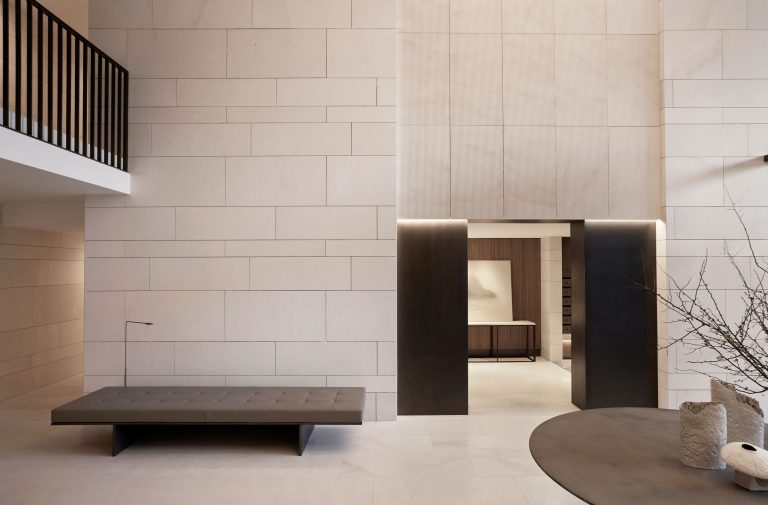 A Reimagined Gathering Place – The Eastbourne by Bates Smart