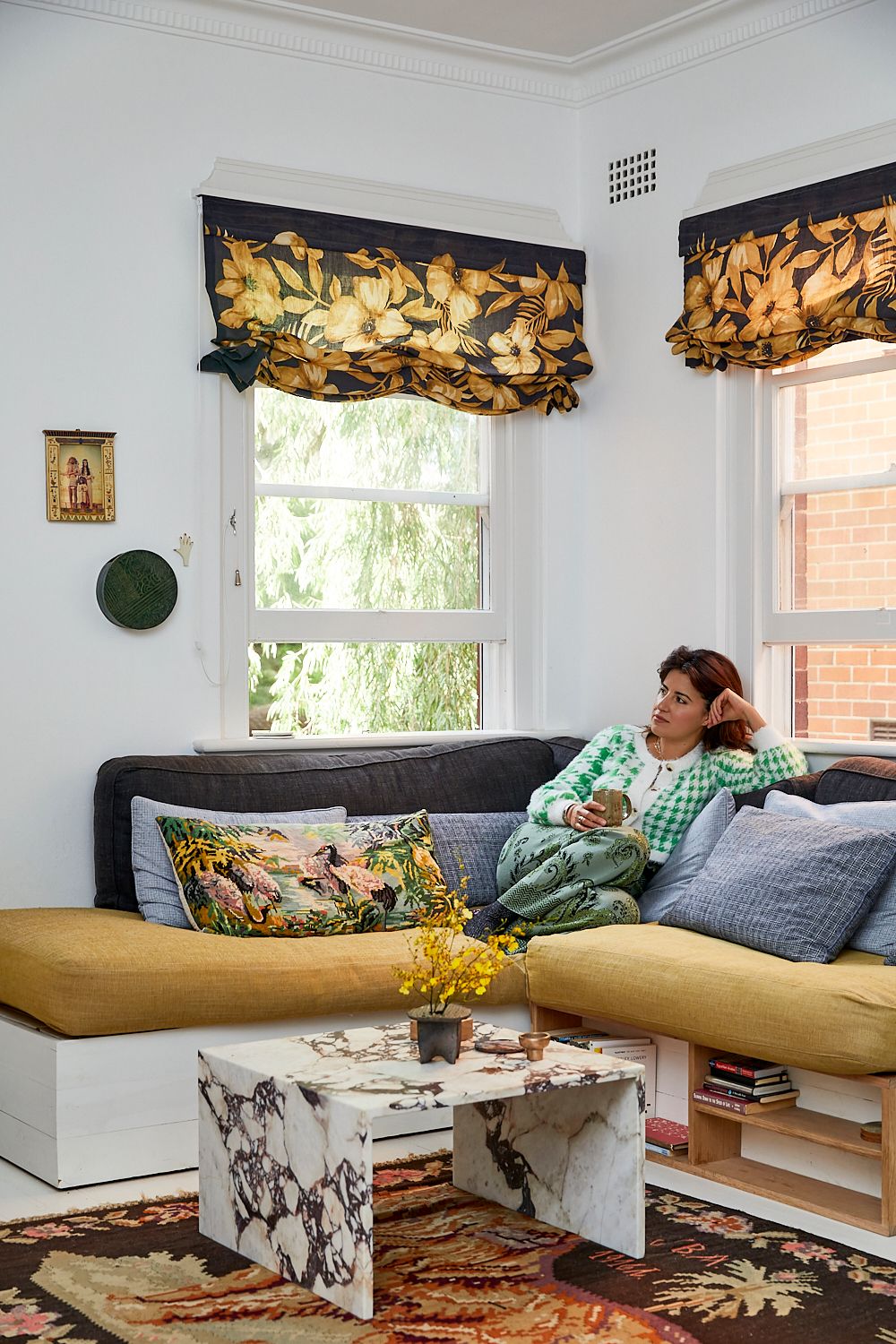 Venture to the Interior – Yasmine Saleh Ghoniem of YSG

As a young child growing up in Kuwait and Saudi Arabia, interior designer Yasmine Saleh Ghoniem recalls how the extreme heat necessitated a very indoor life, marking the beginning of her fascination with interiors and her love of performance. Years later, it is an experience that can be felt in the rich and detailed interiors for which her studio YSG has become renowned.

Charismatic, intriguing spaces filled with unexpected gestures, daring palettes and highly considered detail characterise Yasmine’s work with both her former practice Amber Road – which she founded in 2013 with her sister Katy Svalbe – and now YSG. It is perhaps no surprise that she credits her childhood spent in a very interior world with initially sparking her love of design. “I grew up in a desert,” she explains. “Given the unforgiving heat, I spent a lot of time indoors in the AC! When I looked out the window, crumbly brown shades reigned for miles. So, my imagination became my oasis.”

And yet despite this, “design was never a childhood career goal. I thought I was destined for the stage,” she says, recalling that she initially pursued a career in entertainment. “I danced since I was four and was in and out of various bands for years. But my father had a very different outlook on my professional life, which involved regular employment and financial stability!” Fortuitously, she won a scholarship to the Savannah College of Art and Design in America’s Deep South, “and that really kick-started my travels around the globe, eventually landing me here in Australia where my mother is from.”

After seven years running design practice Amber Road, Yasmine launched YSG in early 2020. Since establishing the solo practice, “I’ve really had to think about what my niche offering is,” she says. A “nomadic” childhood and travels post-studies, which included voluntary aid work in Africa and a 12-month gap year travelling through Europe and Asia (involving more volunteer work), “left a very tangible collage of memories in my mind which I constantly draw upon,” she reflects. “I guess that’s why texture plays such a strong role in my work.”

Spaces designed by YSG are sculptural and inter-connected, every element informed by its interaction with the interior as a whole to create an overarching narrative.

Her vision is informed by staging and storytelling, “evoking feelings rather than a fixed visual conclusion,” Yasmine says. “I guess I’m a choreographer of sorts because space occupies my mind as much as furnishings and fixtures.” Spaces designed by YSG are sculptural and inter-connected, every element informed by its interaction with the interior as a whole to create an overarching narrative. Above all, the studio’s work is driven by the imperative to create “sometimes a gentle, nurturing rhythm that ushers the outside in – like the family sanctuary Budge Over Dover, facing Sydney’s ocean – or a brooding intensity – like the main bar in our recently completed Four Pillars project in Surry Hills. Within the main drinking area, the periphery is shrouded in darkness so the ‘juniper berry’ blue central V-shaped bar glows under a gentle spotlight of illuminated gin bottles,” she says.

With such a strong focus on creating spaces that are rich in character and revel in the unexpected, YSG’s work is grounded in a passion for materiality. Each project’s priorities are set by the material palette, which informs the space as a whole. Summing up the studio’s approach to materiality, Yasmine describes how “possessing a precise but refreshingly off-beat eye for visual compositions is our key offering. We may start out with over 20 selected finishes, but we instinctively reduce them to a punchy edit.” Materiality is everything, she explains. “Unconventional colour selections and textural pairings plus a strong focus on natural materials like varied species of timber and stone (energised by bold veining or tactile surface finishes) are our go-tos.”

“My imagination became my oasis.”

Designing custom furniture is also key to the studio’s approach. “It’s rare for us to purchase much off the shelf as our design outcomes favour bespoke solutions – from joinery to individual furniture pieces,” Yasmine says. “For Crane in the Sky, a penthouse apartment in Walsh Bay, we custom-designed rugs to complement the brushstrokes of hung artworks and created integrated bedheads and tables that drew upon the clients’ intrepid travels and fascination with foreign cultures. Brass cattle horn handles, for example, on the master bedroom’s side tables add a sophisticated exotic flair.”

This almost obsessively customised approach extends not only to furniture but to the commissioning of artwork, which plays an important role in many projects. “In the same bedroom, the hand-painted ceiling was inspired by ancient Chinese folding screens. Its walnut timber baton bracing is a subtle nod to their framing device as a waterscape of lilies and pond ripples unfurl around its centrifuge. If that doesn’t settle you into a deep slumber, then I’d suggest a visit to your doctor is in order!” she explains.

Though YSG is not yet even two years old, as a designer Yasmine has already had an outsized impact on Australian design. Her work is at once effortlessly cool and bursting with joie de vivre, creating interiors that feel like something between an intricate set piece and unique little worlds – microcosms of colour, texture and form that wait to be discovered. 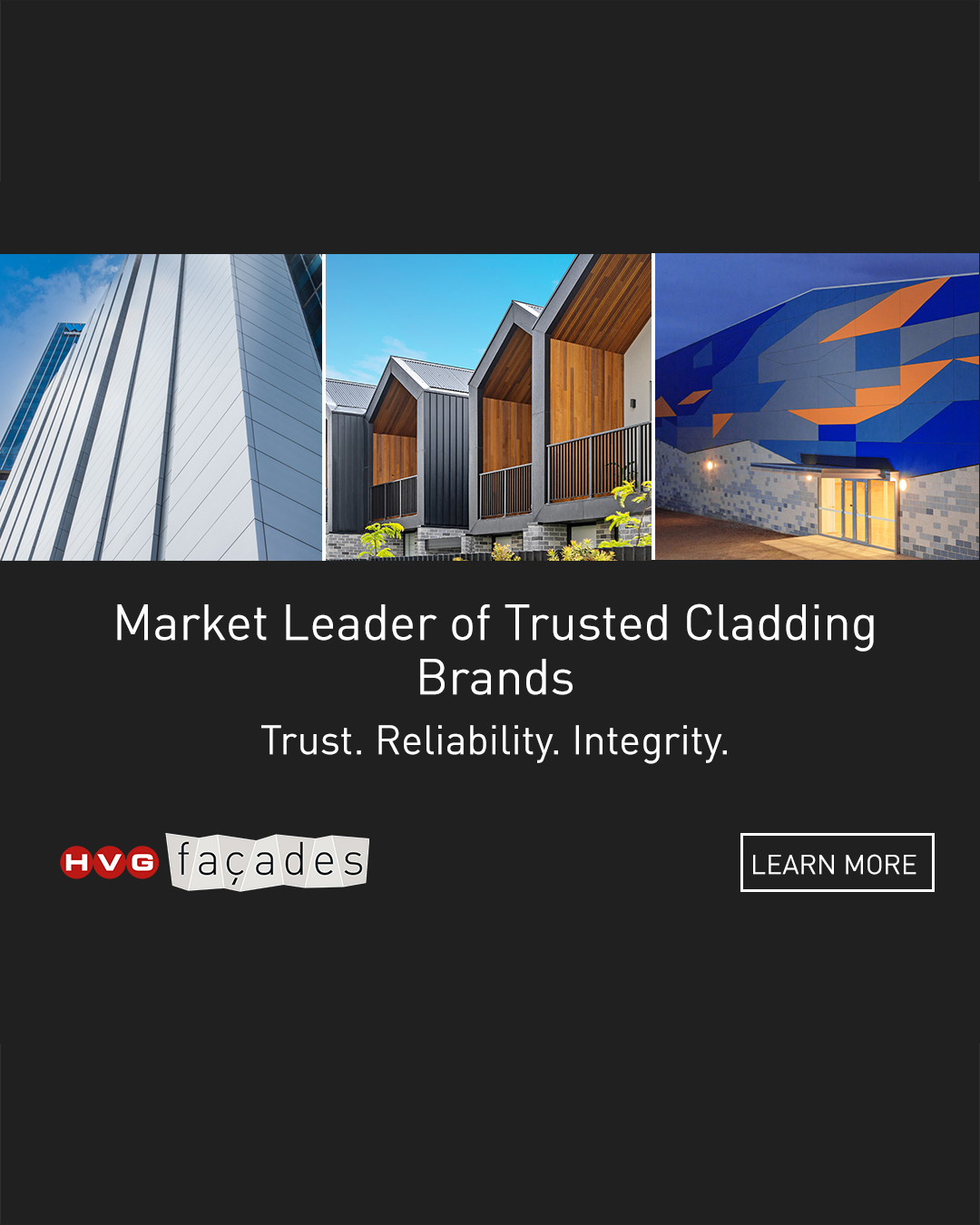 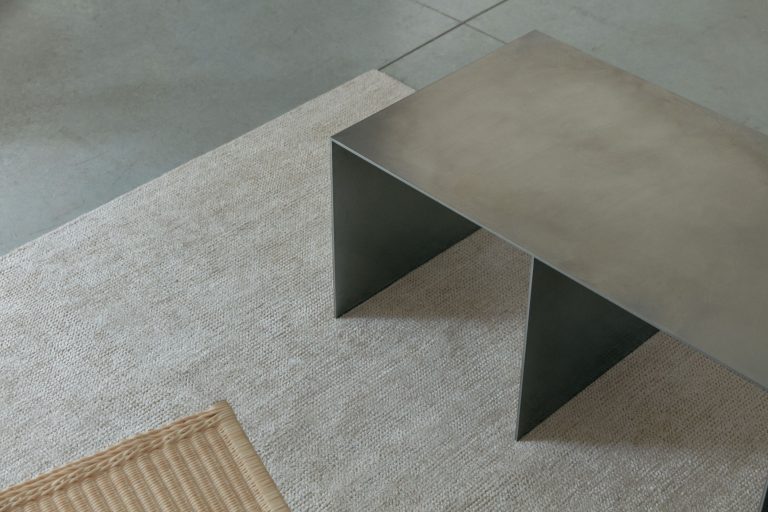 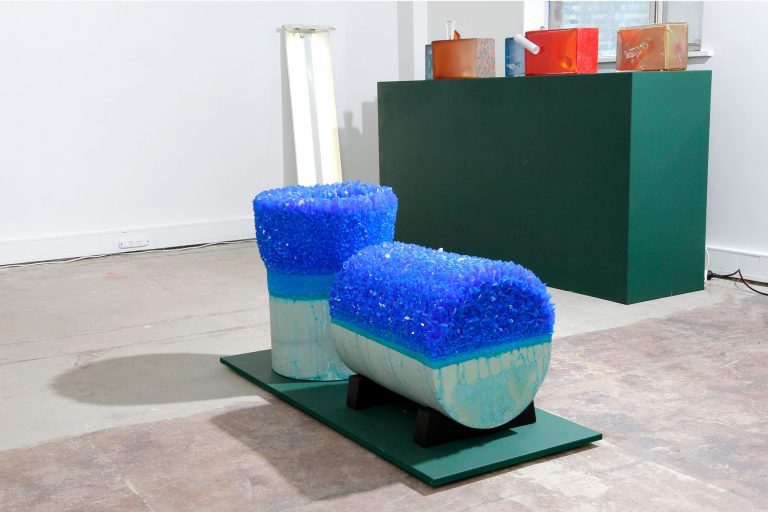 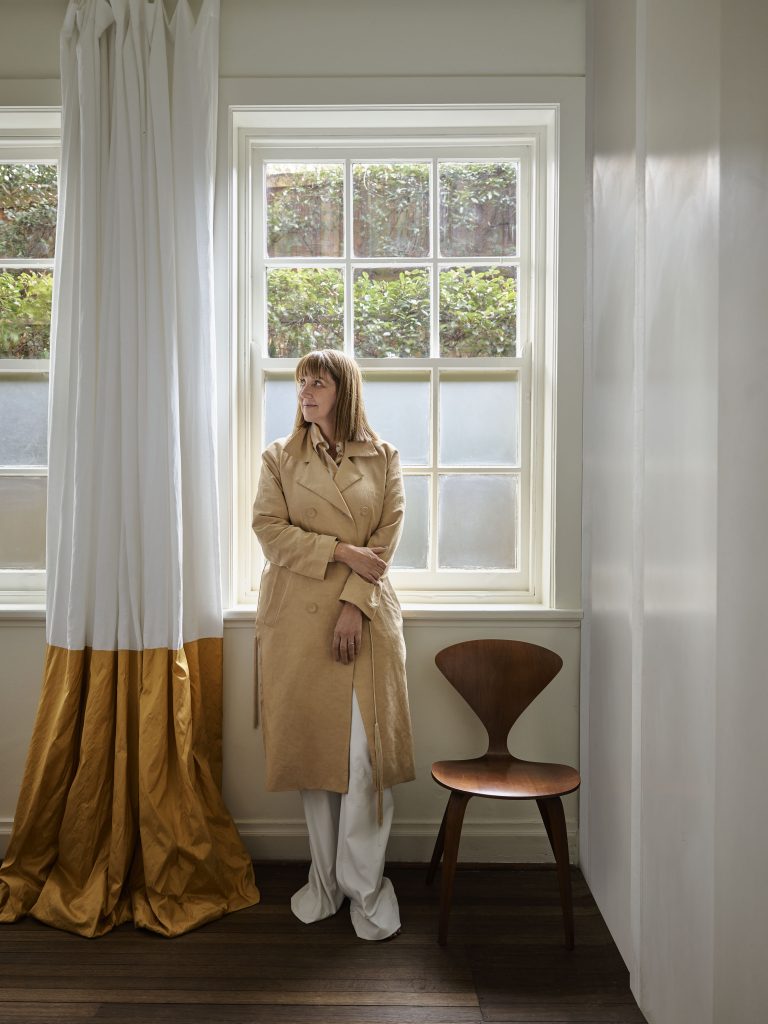 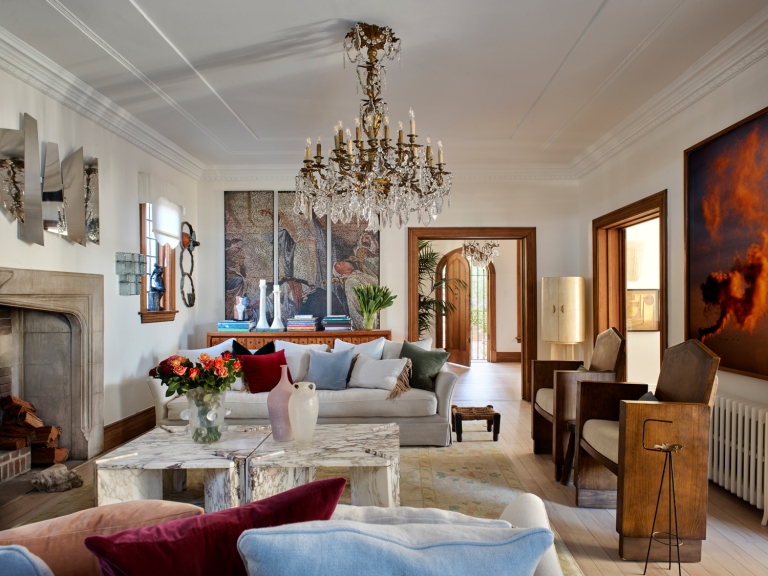 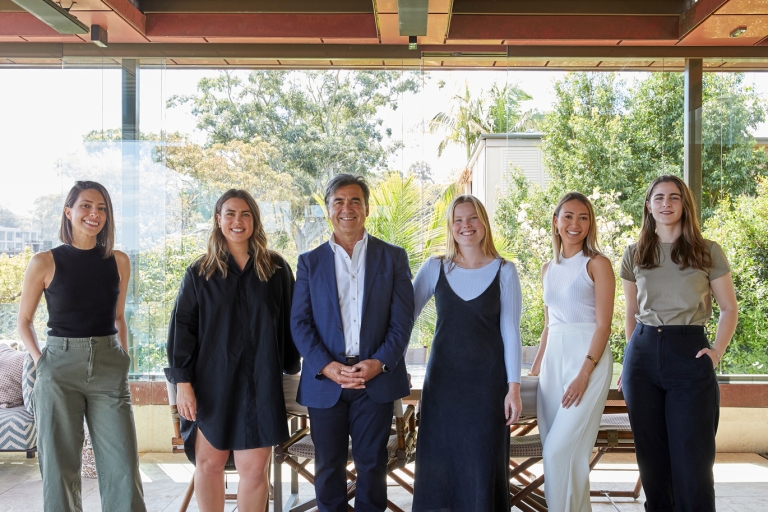 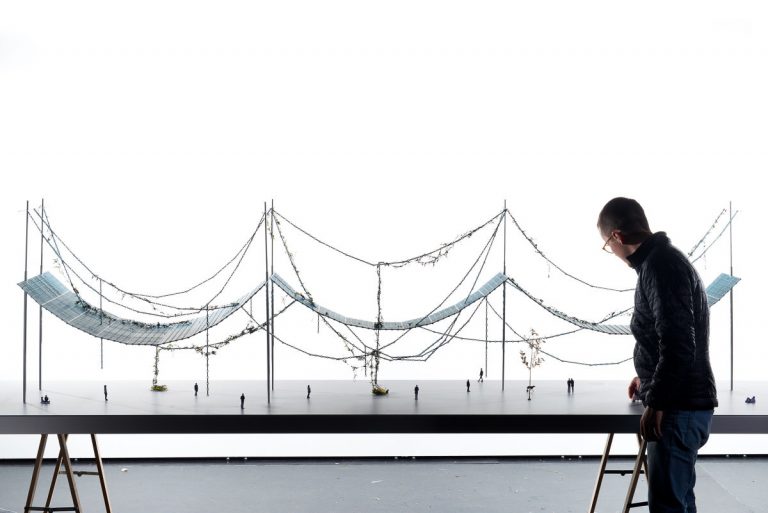 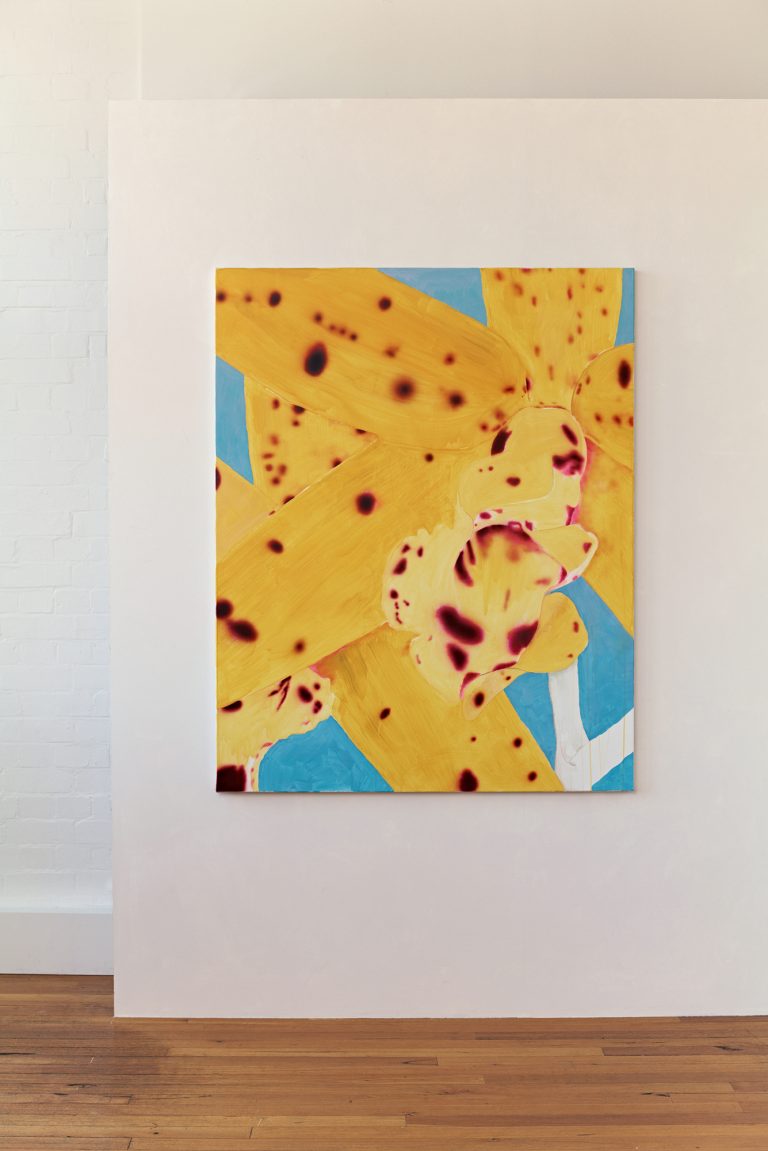 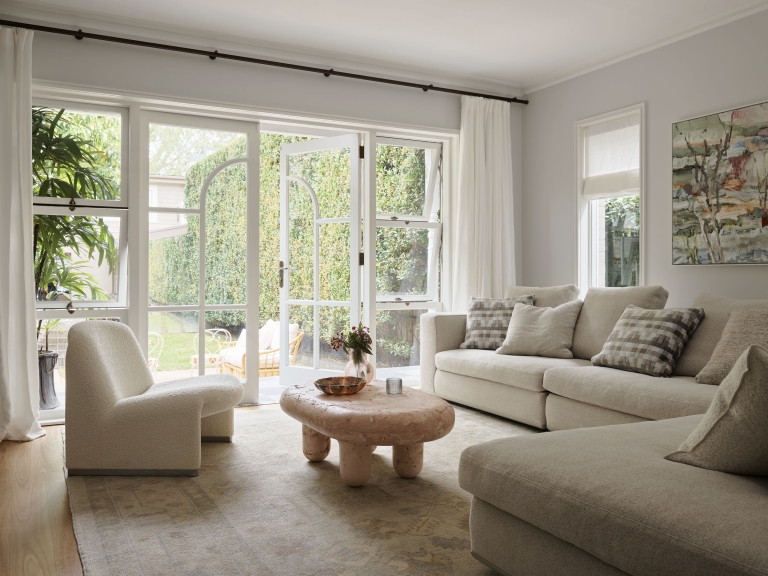