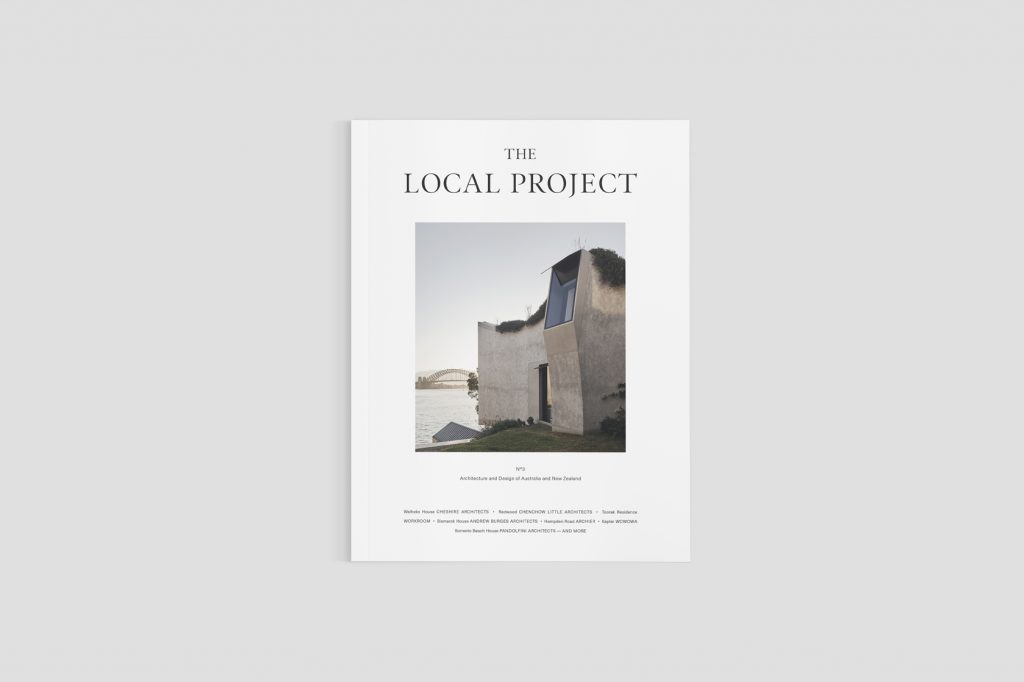 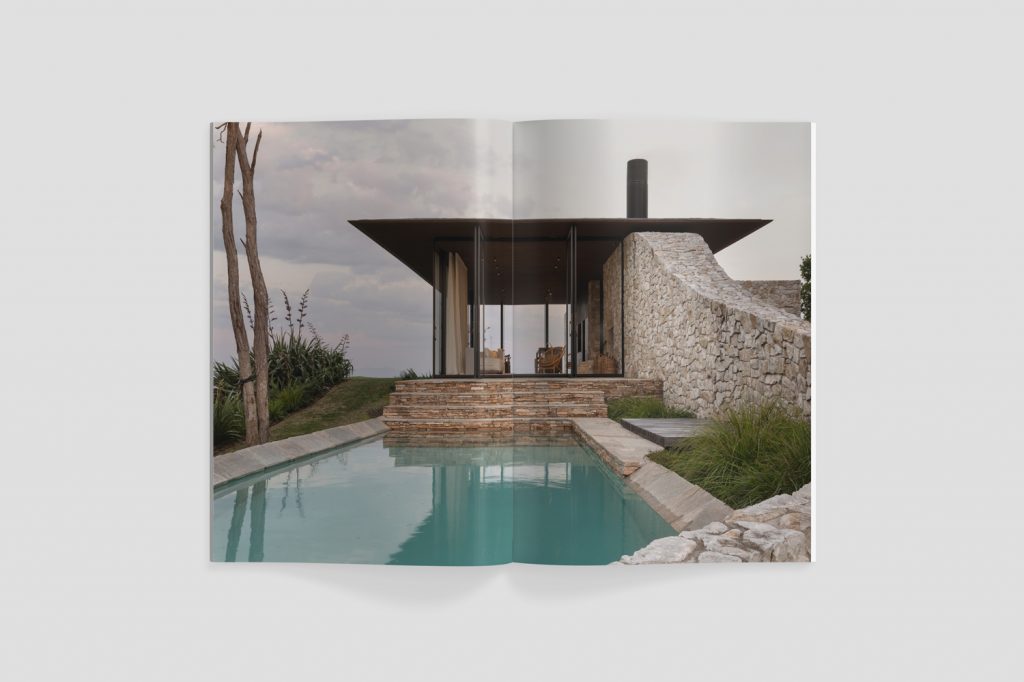 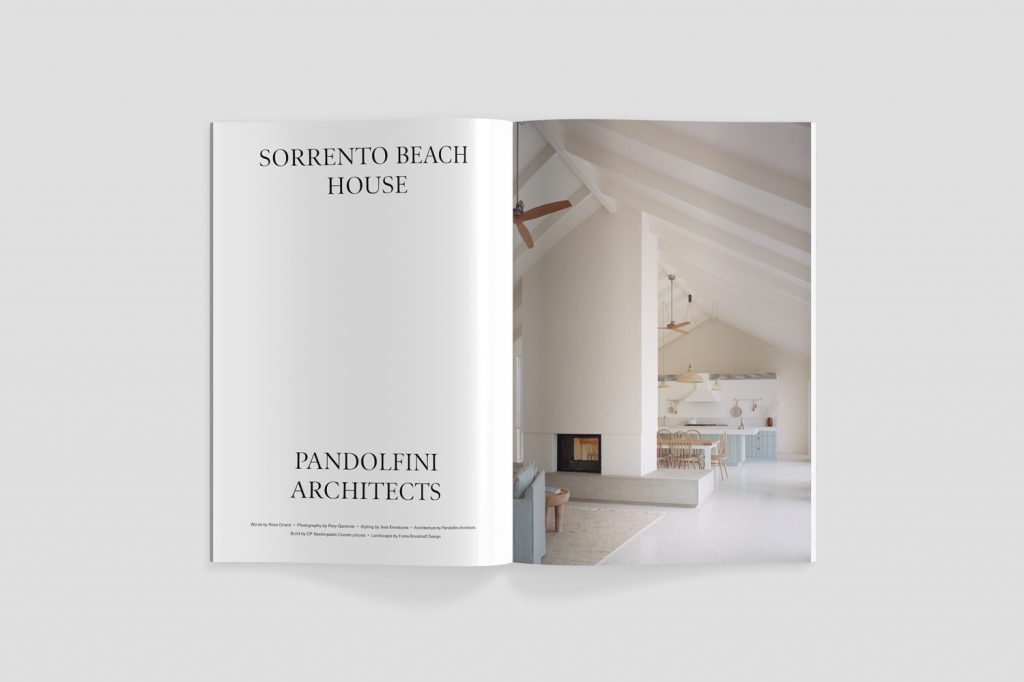 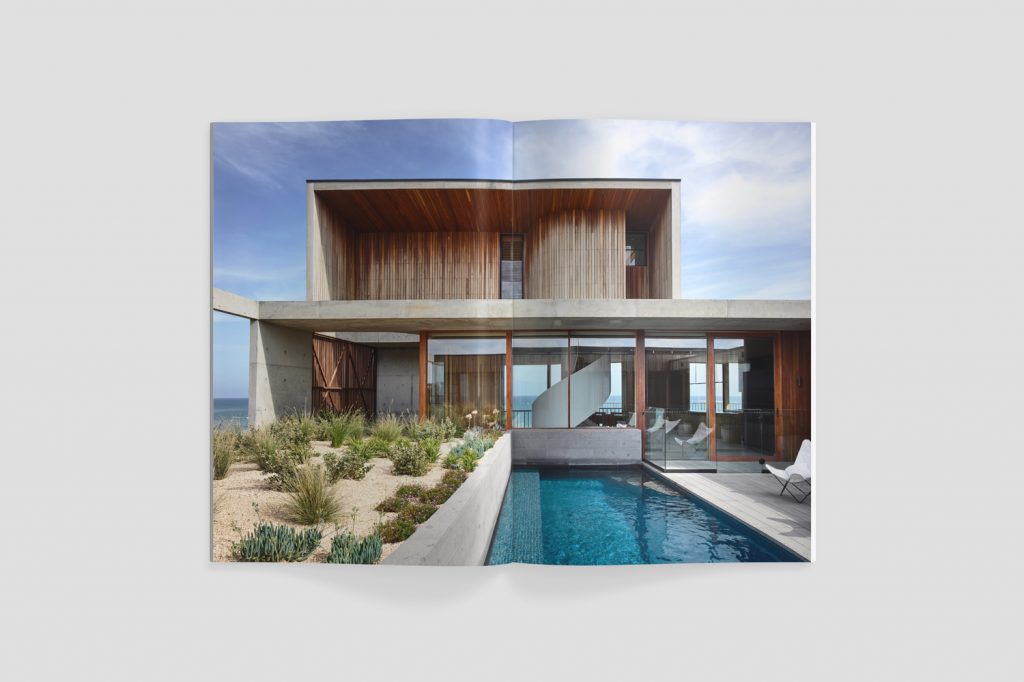 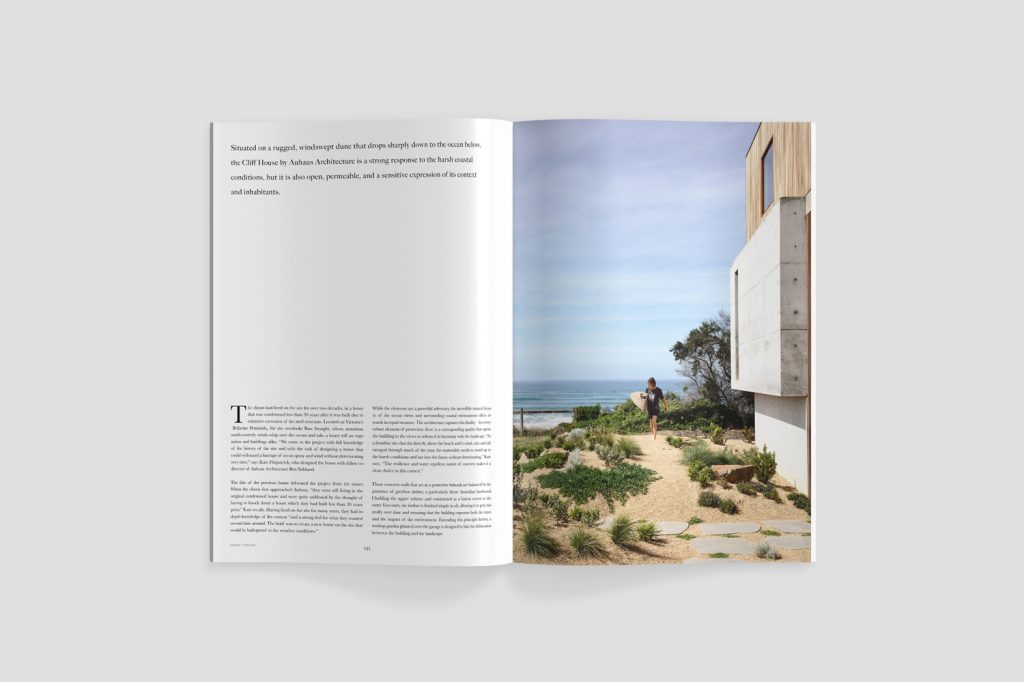 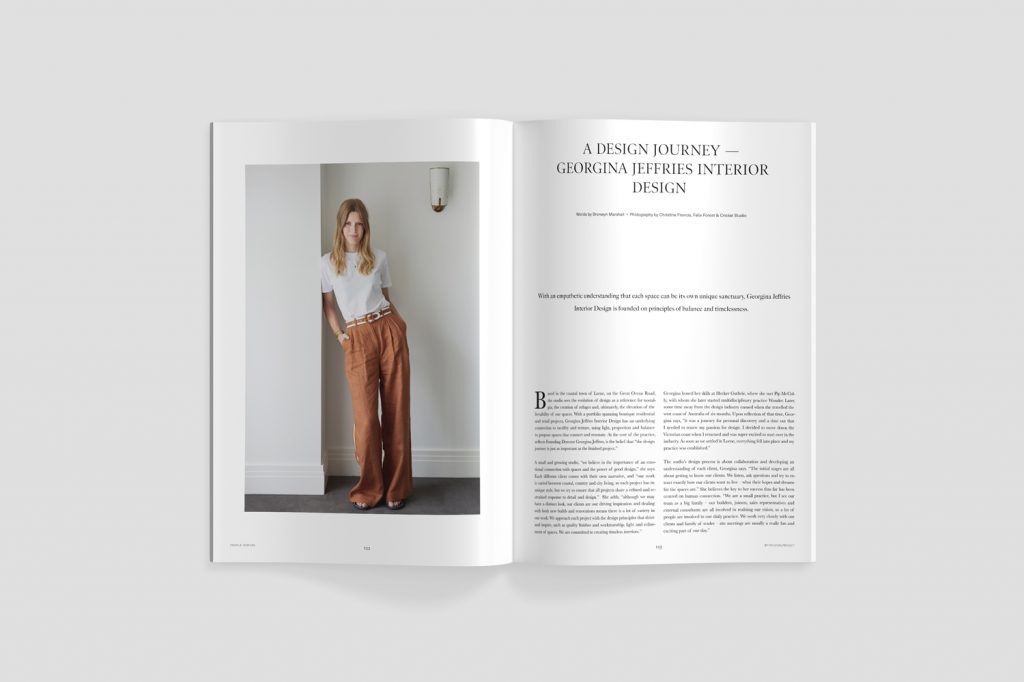 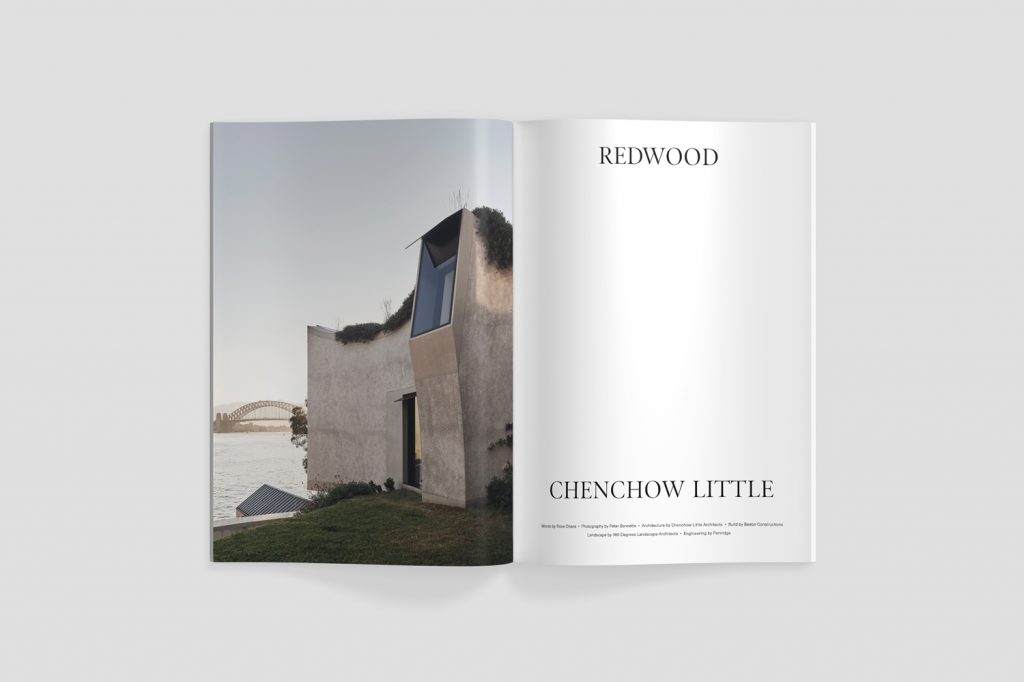 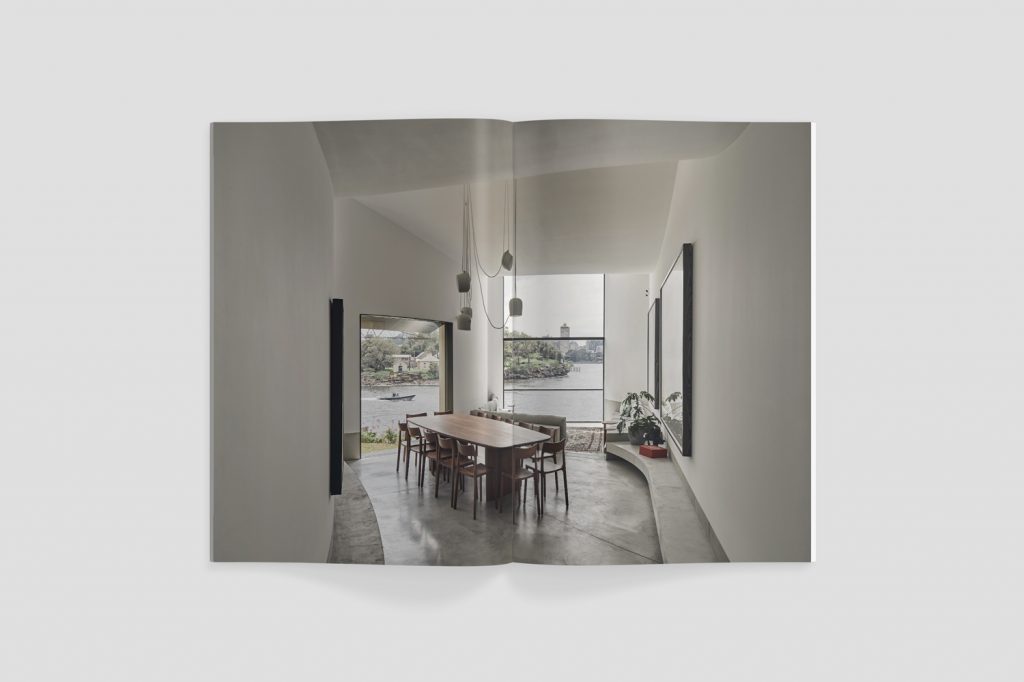 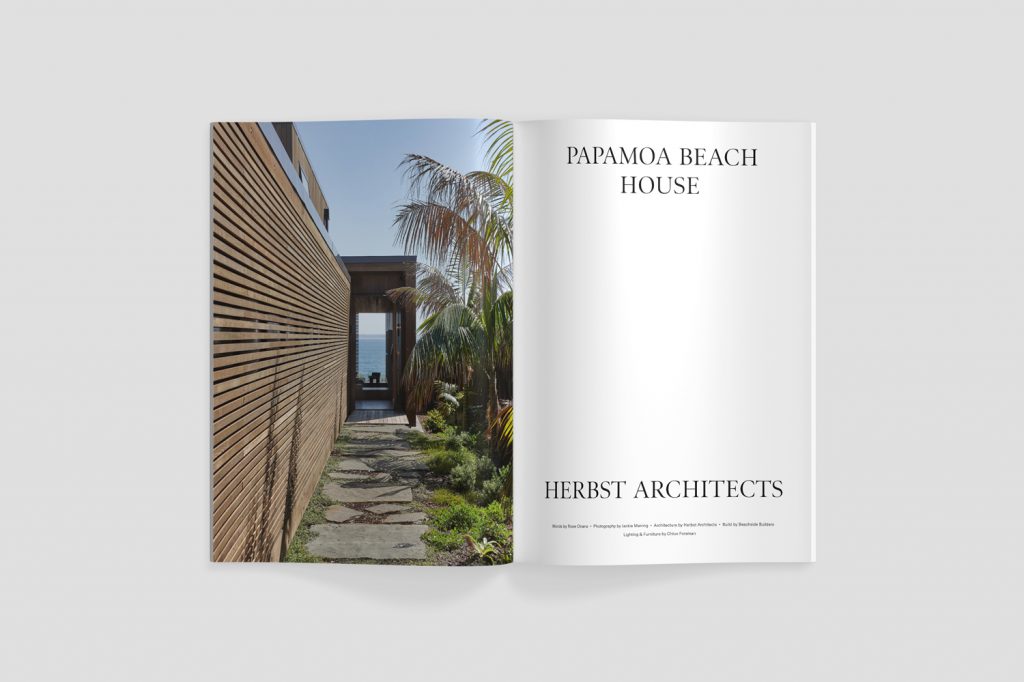 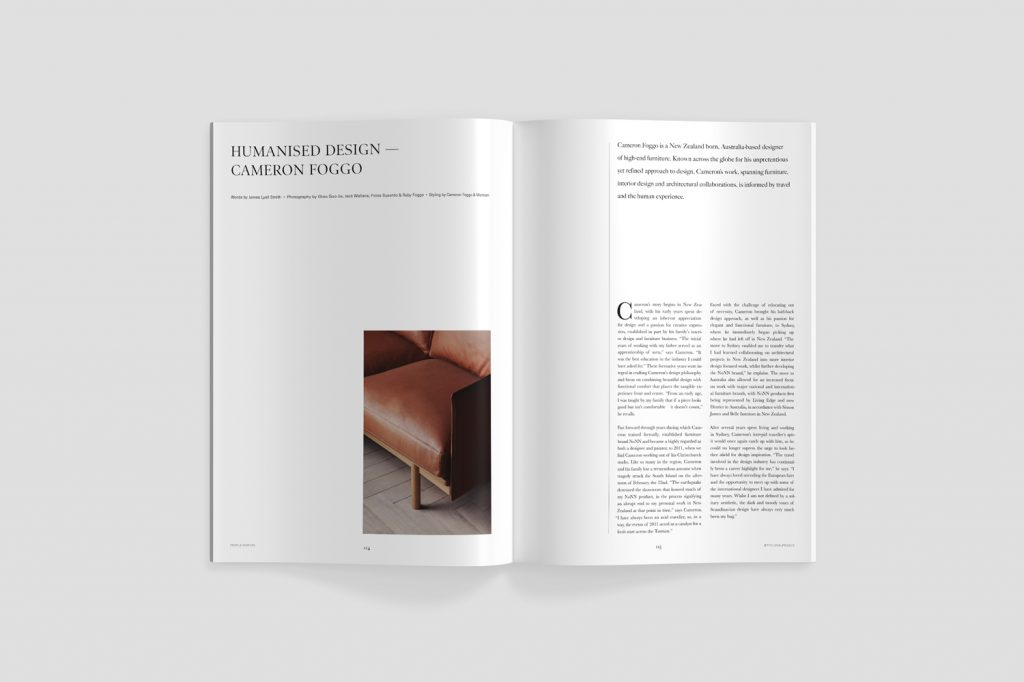 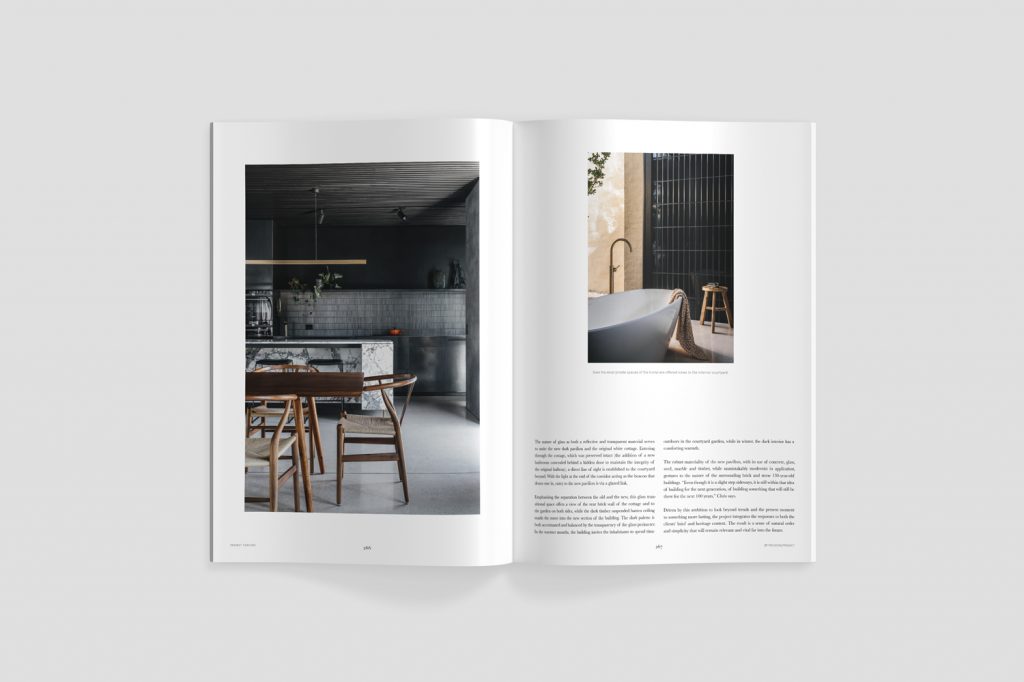 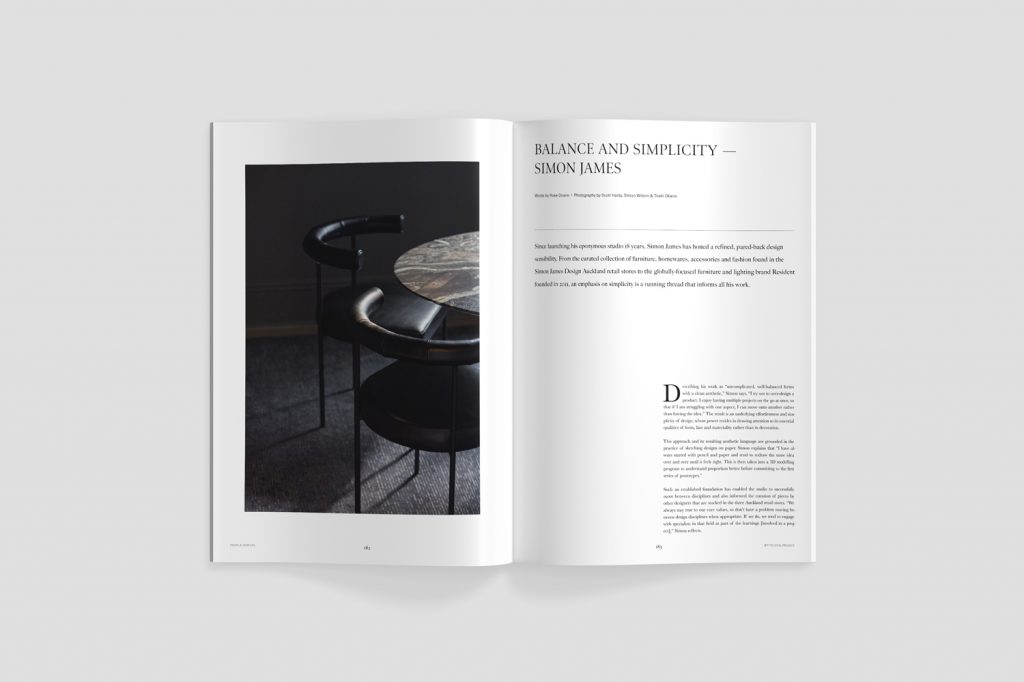 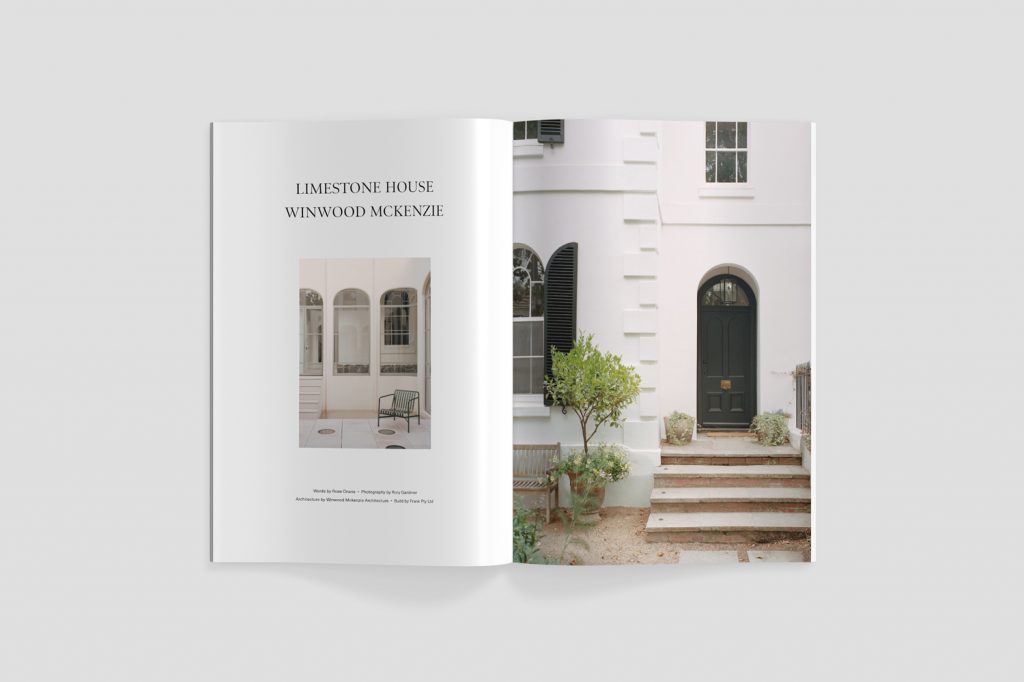 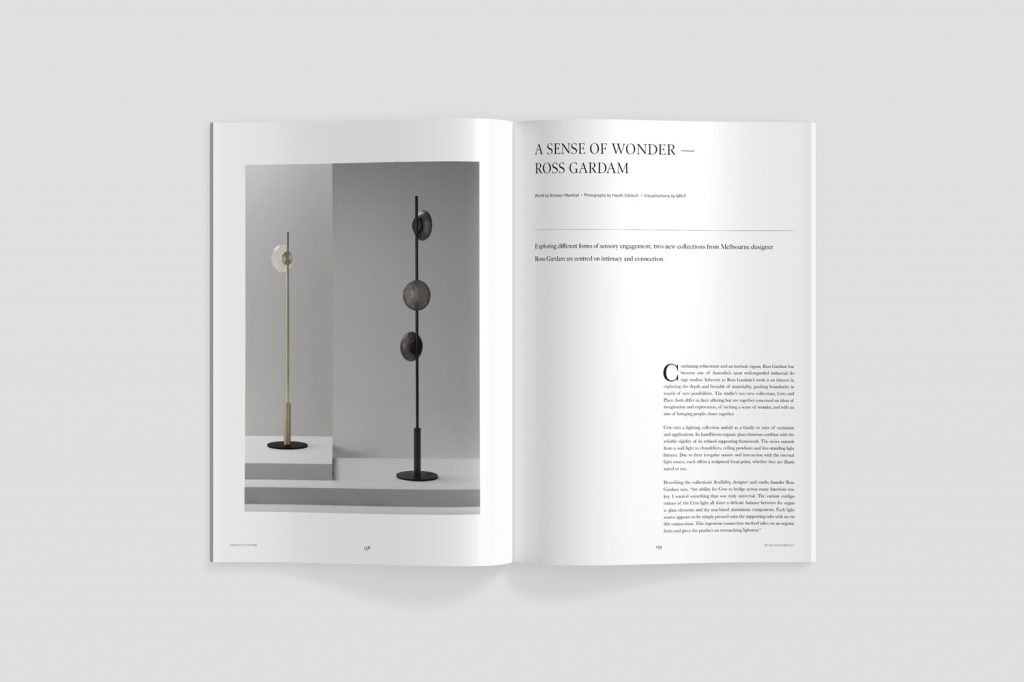 Published in June 2020, Issue 03 of The Local Project features over 350 pages of articles, interviews and photography. From Sydney Harbour to the shores of Waiheke Island, Issue 03 includes new work from Chenchow Little, Cheshire Architects, Workroom, Auhaus Architecture, WOWOWA, Herbst and more, as well as profiles of Simon James, Georgina Jeffries, Cameron Foggo and many other Australian and Kiwi designers.
$29.50 + SHIPPING
– 1 +
Order now
Inside 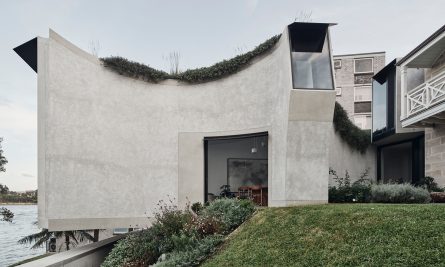 Redwood encompasses two primary buildings that occupy the site in Balmain, above Sydney Harbour. One, a 19th-century sandstone cottage, is the clients’ family home. The other, a lithe yet structured new contemporary addition, is dedicated to hosting formal gatherings. Though deliberately separate, the two share a rapport that creates a full and rounded experience of the site, the architecture, and the view. 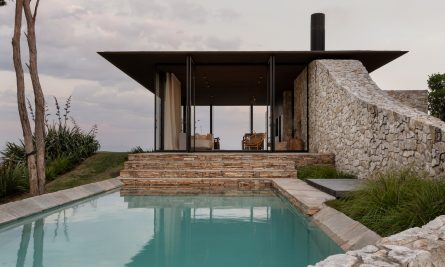 A stone wall emerges from the ridge to become the central spine between two pavilions, one open, the other closed. Just as the wall seems almost to have been excavated from the ground, Cheshire Architects’ Waiheke House was conceived less as the outcome of a design process and more as a discovery, arrived at through heuristic exploration. 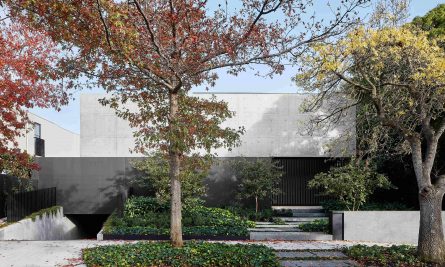 Conceived as a solid mass from which spaces have been carved out, Workroom’s Toorak Residence is a family home crafted from concrete – the robust nature of the concrete form representing the clients’ brief for an enduring and tactile home. 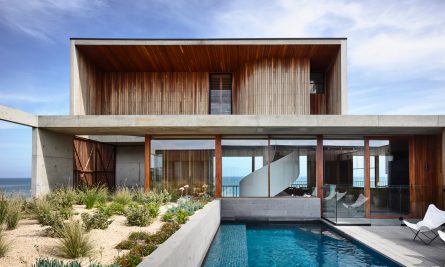 Situated on a rugged, windswept dune that drops sharply down to the ocean below, the Cliff House by Auhaus Architecture is a strong response to the harsh coastal conditions, but it is also open, permeable, and a sensitive expression of its context and inhabitants. 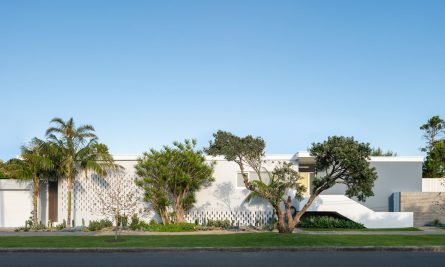 Originally designed by Harry Seidler in 1957 and recently renovated by Richards Stanisich, Private Residence is a celebration of 1950s Australian modernism, articulated through colour, rational rhythm and refinement. 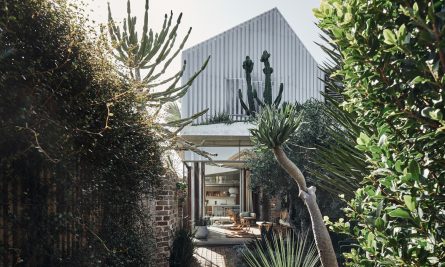 Behind the traditional frontage of a 1940s semi-detached cottage in Bondi, a series of experiments with form, materiality and space unfolds. Yet, while experimental, the Bismarck House by Andrew Burges Architects is grounded by a sense of purpose in its dynamic responsiveness to the site. 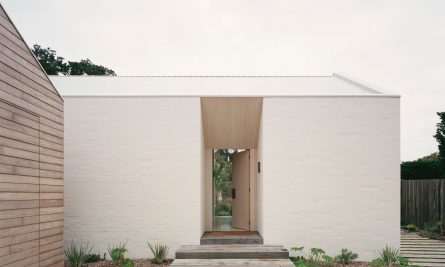 Sorrento Beach House embraces the simplicity of the traditional holiday home. Set around a central garden, a series of light and airy pavilions are arranged to create a calm and relaxed coastal retreat that captures the essence of summers spent on the beach and by the pool. 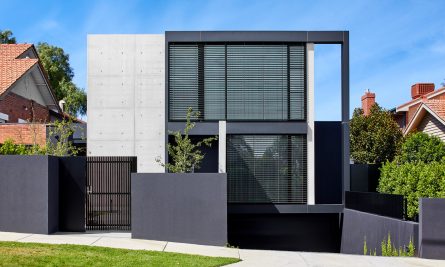 The Melbourne home that Architecton Director Nick Lukas designed for himself and his family balances the simplicity of rectilinear forms and raw materials such as concrete, steel and glass with elegant, detailed interiors. 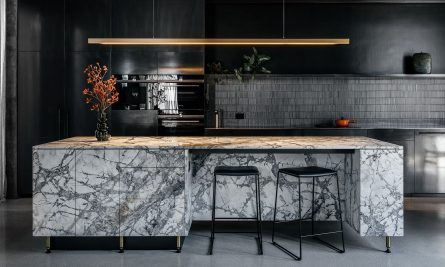 The glazed dark pavilion, resting behind an 1850s former dairy in Battery Point, reflects intermingled glimpses of sky, foliage and the adjacent heritage houses. Just as the building is at once exceedingly simple yet also seems to contain the multitudes of its surrounds, Archier’s Hampden Road House finds a timeless elegance in synthesising an array of requirements and ambitions. 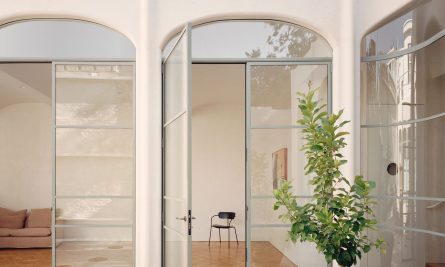 With an approach that makes the most complex of tasks seem effortless, and which finds poetry in even the most pragmatic of considerations, the Limestone House sees Winwood McKenzie gently yet purposefully adapt an 1855 Melbourne residence into a contemporary, character-rich family home. 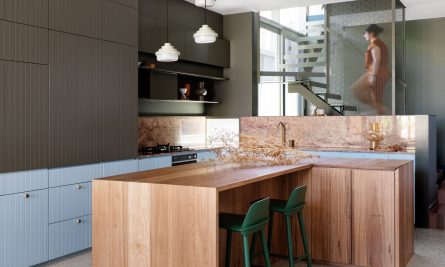 A studio known for its dedication to the celebration of both the bold and unexpected on the one hand and the kitsch and the familiar on the other, WOWOWA’s approach enriches and imbues the project with a true sense of character. 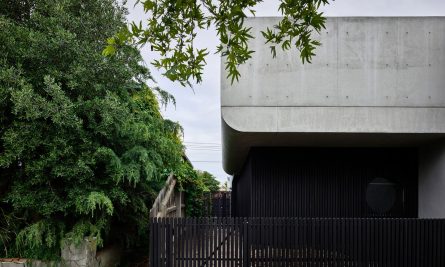 Taking its name from the rooftop swimming pool that formed a key aspect of the brief, Zen Architects’ Pool House gestures to the forms and details of the original Victorian shopfront while creating a new contemporary home designed for entertaining and multi-generational living.
AND MORE
Annual Subscriptions
Get The Local Project delivered straight to you with an annual subscription. Published three times a year, the Local Project print periodical is a curated insight into the latest architecture and design in Australia and New Zealand.
Subscribe Now
All Issues 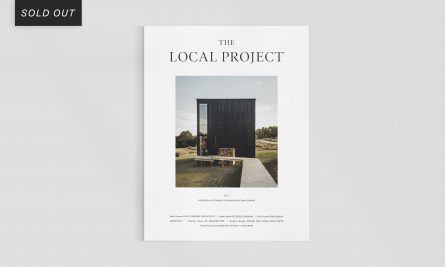 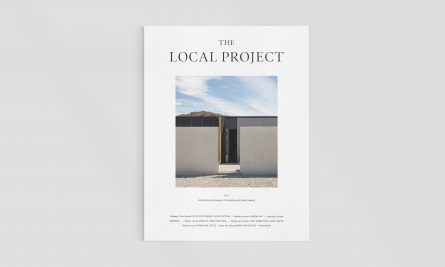 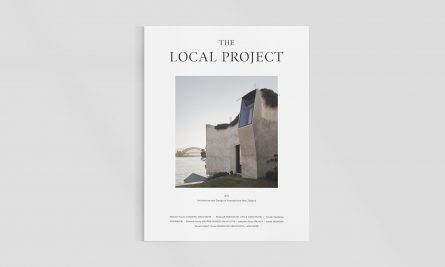 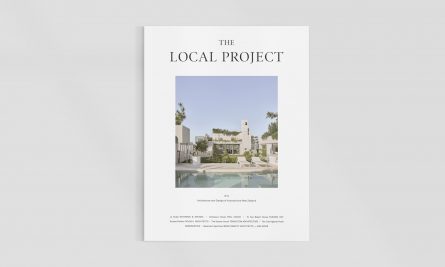